Pro-Life Democrats debate their place in the party 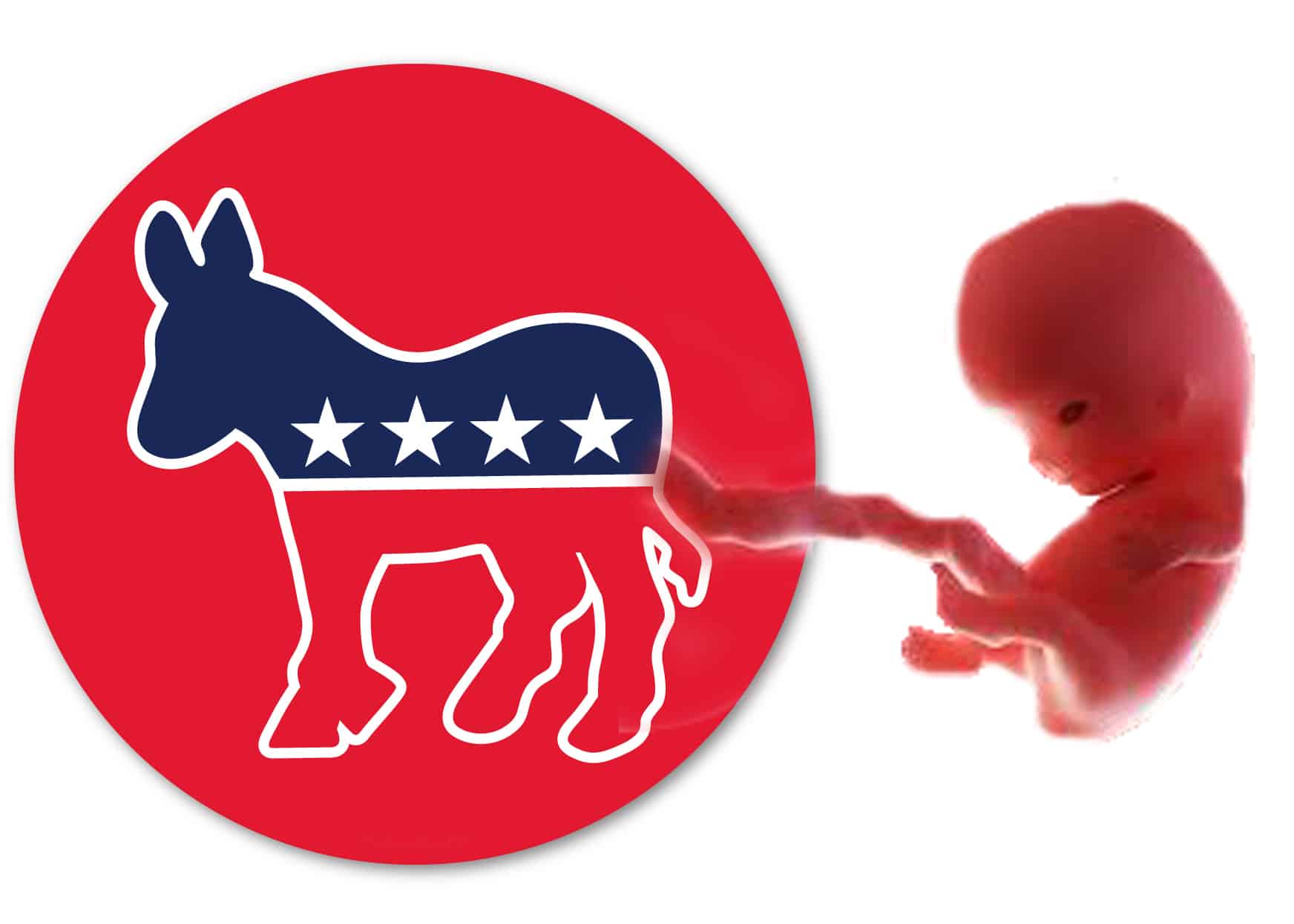 In the context of the modern American political binary, the choice has been presented in stark terms. The Democrats are pro-choice, the Republicans are anti-abortion, and if you fall into one of those camps you can only belong to that party.

While some, like Charles Camosy, have argued that pro-life Democrats “are fighting a losing battle,” others disagree. In a New York Post piece, Camosy argues:

Normally, Democrats are the party of energetic government protecting the vulnerable from violence. But when it comes to abortion, elite Democrats turn into hard-core libertarians, believing the state has no business getting involved in the private choices of individuals. Abortion is merely “health care,” and the unborn child, unimaginably vulnerable even when wanted, is made invisible and violently discarded.

On this topic, at least, the party has dug in on the side of what Pope Francis calls the “throwaway culture” — the troubling modern tendency to discard people seen as inconvenient. The Democratic elite even rejects conscience protections for medical practitioners who object to abortion. Opposition to taxpayer-funded abortions, once acceptable, has become taboo.

Writer Rebecca Bratten Weiss challenges the idea  that pro-life people are unwelcome in the party, however, pointing to a larger discussion that has been happening within the movement in the last year. Writing at Suspended in Her Jar, she argues:

No one is telling us that we are unwelcome, or ought to leave. Consider Amy Klobuchar’s comments that we have a place in the party: “There are pro-life Democrats, and they are part of our party, and I think we need to build a big tent.” And Biden’s own record indicates a more nuanced approach to abortion politics.

These debates are complicated by the fact that the “pro-life” label has become inextricably bound up with the Trump administration, and all that it represents: anti-immigrant and anti-Muslim policies, acceptance of casual sexism and racism, police brutality, the evisceration of environmental protections, and attacks on the social-safety net. And on top of this, Trump’s failure to provide any reasonable public health measures to contain the COVID-19 pandemic has made the pro-life movement’s association with him seem all the more lurid.

Within the Democratic ranks, however, pro-life people are so sensitive about their place in the party that in the most recent Presidential election the group Democrats for Life not only declined but actively refused to give now-President Joe Biden its endorsement. Biden’s stance seems to straddle the issue; while he says he personally opposes abortion in line with the Catholic Church’s teaching, he also believes “Reproductive rights are a constitutional right.”  As Harper’s Bazaar reported, Biden considers himself an “odd man out” in his party:

“I do not vote for funding for abortion,” he said, per CNN. “I voted against partial birth abortion—to limit it—and I vote for no restrictions on a woman’s right to be able to have an abortion under Roe v. Wade. And, so I am—I made everybody angry. I made the right-to-life people angry because I won’t support a constitutional amendment or limitations on a woman’s right to exercise her constitutional right as defined by Roe v. Wade. And I’ve made the groups—the women’s groups and others—very angry because I won’t support public funding and I won’t support partial birth abortion.”

For the pro-life Democrat, such a wide-legged stand may be frustrating. Weiss argues, however, that when she cast her vote for the Biden-Harris ticket, she was doing so because — while Republicans are vocal about opposing abortion — the Democratic Party’s overall platform has better policy for reducing the demand for it. She continues:

I have many criticisms of the Democratic party myself. Nevertheless, I have already cast my ballot for the Biden-Harris ticket. And I depart from “whole-life” organizations such as the DFLA or Secular Pro-Life in that I do not feel the need to urge Democrats to change their abortion platform in exchange for my support. I might disagree with Biden and other Democrats on the question of when personhood and the right-to-life begin, but that doesn’t mean I embrace the Republican approach, which has failed to work, for nearly fifty years, to do anything to defend unborn lives.

If my focus simply were on making abortion illegal, of course I would feel unwelcome by the Democratic Party. My priority, however, is not a symbolic legal victory, but actual protection of life; thus, I support those policies that actually are on record as being effective in achieving those ends, such as sex education, affordable health care, and poverty reduction And those are the policies that tend to be promoted by the Democrats.

Now that the election is past and the Democrats have control of Congress, the Senate and the White House for at least two years, the President of Democrats for Life says she sees reasons for hope for pro-life Democrats. In an interview with — perhaps ironically – Camosy in Crux magazine , DFL President Terrisa Bukavinac said 21 million Democrats identify as pro-life:

While it’s easy to feel totally discouraged by the blatant abortion extremism emanating from our party, the reality is that the most substantial source of power for the abortion industry as a whole is the Democratic Party, and while we have the most extreme leadership we’ve ever had on abortion, we also represent the most pro-life constituency in the recent history of our party. A 2020 Marist poll shows 58 percent of Democrats support restricting abortion to after 6 months, earlier, or non-elective circumstances. According to Gallup and Pew polling there are still roughly 21 million Democrats who actually call themselves pro-life!

The abortion industry is terrified of pro-life Democrats finding our voice. They know we have the power to end them completely.