A life etched into the mountains 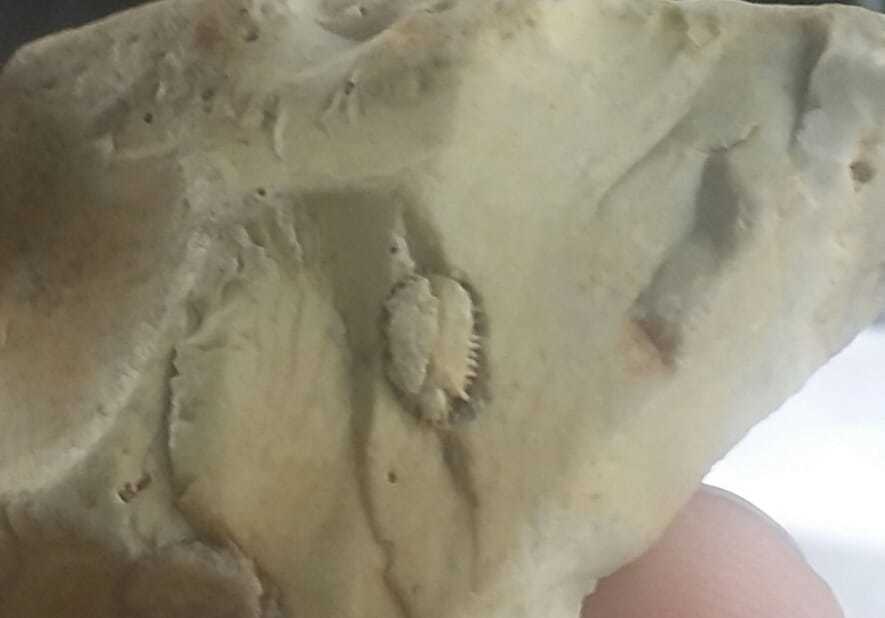 “Can you tell me what kind it is?”

A rock, thrust in my face by my keen-eyed daughter, looked like the kind of shale we’d been examining for the better part of an hour. The front side betrayed three trace fossils, while the obverse held something much clearer – a small but perfectly preserved trilobite. The legs and antennae told that it was an arthropod, and it looked like something that, if one found it on their leg or arm, would be instinctively and quickly swept away. Encased in shale, however, the novelty made me take it closer to my eye. A simple life, lived and quickly over 300 million years ago, now remembered and examined by children digging through gravel.

By coincidence of scheduling I’d spent three successive weekends in the mountains – alone with only my loved ones in a time of COVID. Those days had given me a chance to stare deep into clear riverbeds, to swim under bluff shelters and watch as snails oozed out an existence across the siltstone. I had watched trout jump and catch mating damselflies. Wood thrushes sang while I sat on a rock under the generous sun, contemplating the moment and feeling close to the Source of Life. Diana Fritillary butterflies came and went, just as the Zen teachers tell us to allow our thoughts to do when meditating; if you grab the butterfly, you crush its wings, but if you grab a thought too hard, it may crush you.

I remembered, as Our Lord’s brother taught us, that we are but a vapor, here for a moment and then gone.

These rocks were once mountains, and before that, they were seabeds. Sometime around 537 million years ago, sediment started to settle in the Paleozoic sea. Layer after layer went down, eventually covering the trilobite and the dozens of ancient coral fossils my children had found that day. As the years passed, the layers became rock and rock became plateau. The seas receded and rivers started to form, and the raised mass began to erode until the water had forced the formation of peaks and valleys, exposing strata that no living being could remember not existing.

Eventually, the forces of years and water – without which there is no life – revealed again the tiny creatures lost under layers of earth. In time, the rock into which their remains had sublimated would have worn away under the pressure of flood and hush alike, just as the seemingly eternal bluff faces surrounding the river would have collapsed. We found them, however, before they washed further away and disappeared into another eon.

What life did they live? Did they conceive it as life? Surely it was simple, the existence of these ancient invertebrates, but still, it is noteworthy that they were born and gone long before the hills that the mammoth and my paleolithic ancestors stalked were even formed.

Some traditions believe the body is incidental, that the soul is what is important. I reject this because both are important. The soul is eternal, of course, but so is our body – I cannot avoid belief in the the resurrection of the dead. What the eschaton looks like and what that means is up for debate, but one way or the other our humanity in the flesh will be restored. I confess it in morning prayer every day and I pray it to myself at every funeral: “I believe in the resurrection of the body.”

I don’t know if plants and animals have souls. I think maybe because even if they aren’t made in the image of God they still carry the spark of life and the ability to create life. I know, however, that if the Spirit is everywhere present and filling all things, it touched the ancient invertebrates buried in the Arkansas rock formations. How the rest of creation experiences God is not up to me, but I would like to one day – in another epoch, in the Kingdom, which is here now and yet to come – tell the creatures of this sea turned mountain turned riverbed that one afternoon long after they forgot they had existed someone else remembered them for a brief moment.

I assume that I will be buried in a grave. My plan is to avoid embalming so that I can return to the dust from which I was formed. Maybe, however, I will also become a part of the geologic record and some future life will find me. Will it understand, too, that even encased in rock, the things that are seen are temporal, but the things that are yet unseen will be eternal?

A traditional prayer asks for a good death, an ending to our life that is, “painless, blameless, and peaceful; and a good defense before the dread judgment seat of Christ.” My prayer now is that I find the same in life; the seas will fall, the mountains rise and the rocks will crumble, but my time will have been but a vapor. I hope it will have been used well.