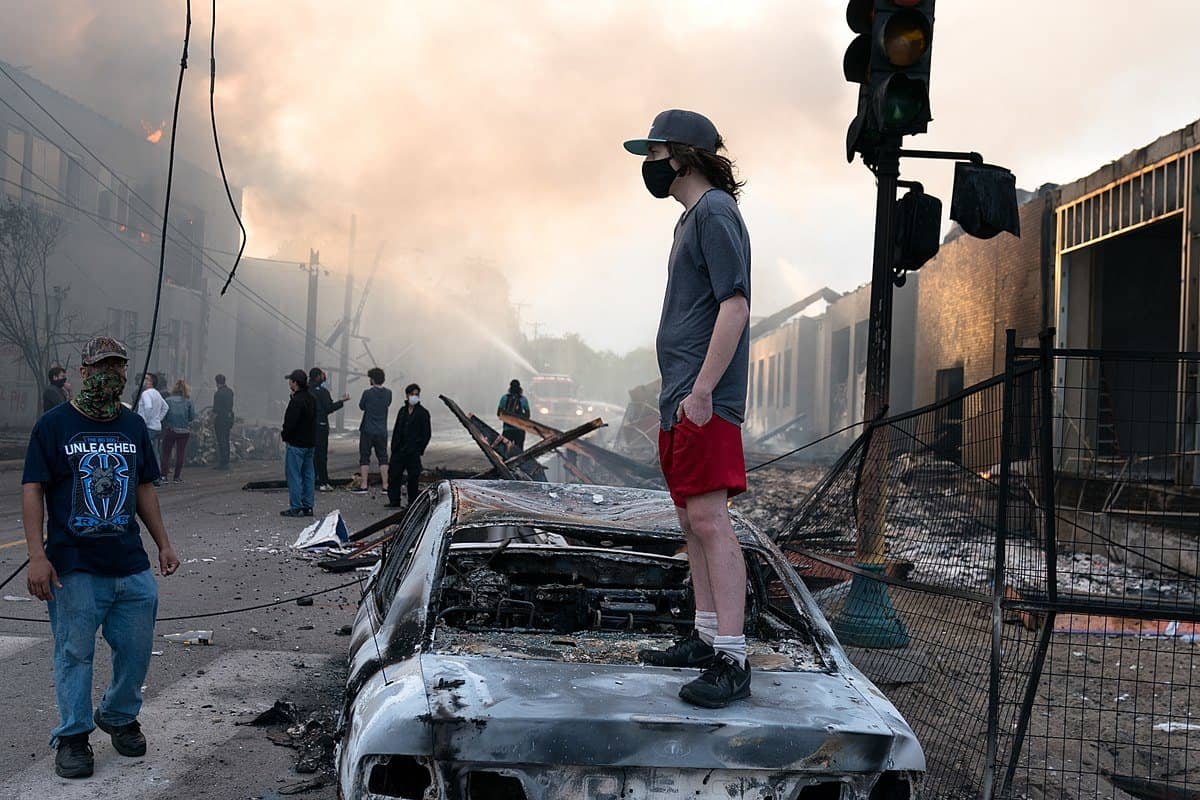 Last week was a hard week for our nation.

I haven’t sat watching the news fighting tears swelling in my eyes since Hurricane Katrina. But, in that case, my tears were over a natural tragedy. These tears are over the tragedy of human brokenness. This weekend, it was heart-wrenching to watch protests turn into riots. Seeing the generational pain of so many swell over into destruction was heartbreaking.

Also heart-breaking, though, was seeing the reaction of too many on social media.

I don’t want to make it sound like subtle racism has been my entire social media experience since the killing of George Floyd. I’ve seen a couple of posts about people changing their minds recently on racial issues. I also had an incredibly positive experience with a friend with whom I often disagree but we have developed a mutual respect. He reached out to me after an interaction he had with others on social media. In that interaction, he said a few things to which others strongly objected. He wanted to get my feedback. I guess he trusts me as someone who is committed to social justice but is reasonable and able to dialogue without castigating him. We’ve had a good discussion over the last couple of days where we have challenged each other and he is coming, I think, to have a better understanding of a different perspective. So, this conversation in particular gives me hope.

But, there are other conversations that give me less hope.

One particular exchange stood out to me. I have a friend, who I have known since elementary school, who shared a post saying, “Vocal about the looting. Silent about the murder. I see y’all” This was not taken well by some of her friends. One person, in particular, made a comment that included the sentence, “Destroying innocent people’s businesses is just as terrible as what happened to that man.”

I couldn’t believe what I was reading. She was claiming that the loss of property was just as bad as the loss of life. She was claiming an equivalency between property and his life. I don’t need to relay a complete blow-by-blow of the conversation here. But, in our exchange, she argued that the Boston Tea Party was morally superior to protests about murder because “Rioting over murder does nothing” while the Boston Tea Party “directly addressed a tyrant who was taxing those people unfairly.”

In our conversation, I argued that the idea that violent protest over money was morally superior to violent protest over murder was, in fact, wrong and that claiming a moral equivalency between murder and property destruction was morally repugnant. I was clear throughout that I do not condone rioting. In my last comment, I brought her back to what she first said when I wrote:

But, let’s go back to what you first said… Destroying a business is as terrible as killing a black man. Property is equal to a black man. Think about that historically. I am not offended by your position as much as heartbroken that your values do not place the life of a black man over personal property.

She blocked me after that.

This is not a young woman who would view herself as racist. Honestly, I don’t think she even realized what she was saying. I seriously doubt, if push came to shove, that she would ever say that a black man’s life is worth less than property. But, as we saw with the liberally minded Amy Cooper in NYC, racism runs deep even when we think we are “woke.” 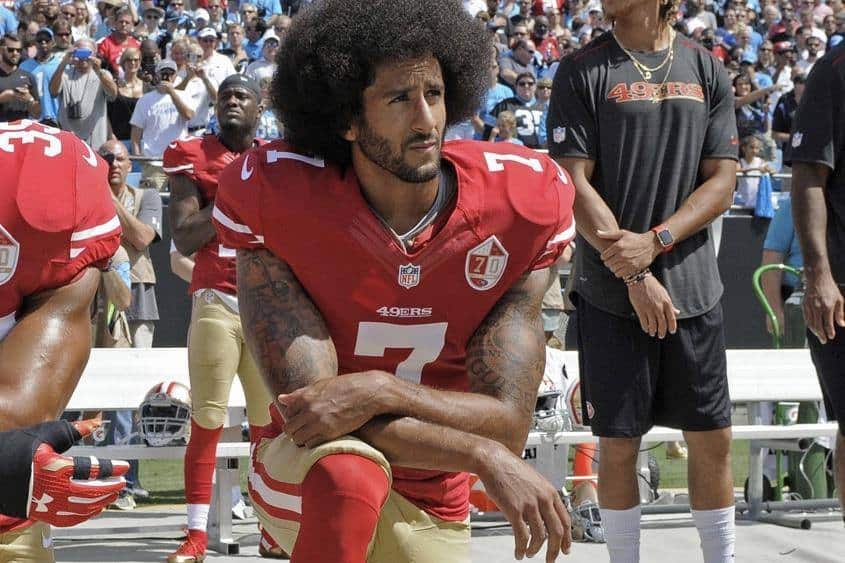 I’ve been thinking about Colin Kaepernick’s kneeling. So many white folk refused to listen to the African-American community when they peacefully protested. It isn’t the right time, it isn’t the right place. Let’s be frank. White folks simply didn’t want to hear it. What we are seeing now is the result of our refusal to listen. Don’t blame the protestors. We need to take responsibility for creating this situation either by our outright sin or more often by the sin of complacency.

That is what a lot of this comes down to for me. White America failed to listen repeatedly, for years, decades, centuries, and then complains when people rise up. White America created this situation. We have systemic problems that have led to this repeatedly happening. But, when whites riot in history we praise it, Boston Tea Party, or when whites have a race riot killing black people and destroying their property such as in the 1921 Tulsa Race Massacre we largely erase it from history.

A good friend of mine was recently bothered by an article about Amy Cooper that I posted. On the phone, he complained that the author, a black woman, was reducing him down to race by saying all white people are a certain way. He was disgusted by what Amy Cooper had done and did not want to be equated with it merely because of the color of his skin. I didn’t remember the author saying anything like this. When I went back and read the article again, I noticed that she twice used the phrase whiteness. She said that whiteness “puts black and brown bodies in needless danger” and there had been times when she felt policed by whiteness. What my friend failed to apprehend here is that whiteness is not referencing all “white people” but a set of western cultural values in which being white is the default position.

Bishop Desmond Tutu said, “If you are neutral in situations of injustice, you have chosen the side of the oppressor. If an elephant has its foot on the tail of a mouse and you say that you are neutral, the mouse will not appreciate your neutrality.”

This is a culture that whites have formed and which, in the USA, has a long dark history of oppression of blacks, Native Americans, Hispanics, Chinese, Japanese, anyone who isn’t white. To be fair, this same ethic has oppressed Jews, the Irish, and other white groups that were seen as “other.” With time, however, white skin assimilates while black and brown are always “other.” This culture of oppression is whiteness.

White culture created and perpetuated this oppression. We need to admit that. Many whites may not be openly racist but we are all influenced by the racism intrinsic in our culture. We need to acknowledge it and actively fight against it. Bishop Desmond Tutu said, “If you are neutral in situations of injustice, you have chosen the side of the oppressor. If an elephant has its foot on the tail of a mouse and you say that you are neutral, the mouse will not appreciate your neutrality.” Whiteness is the elephant. We have a responsibility to not be neutral. If we are, we condone the oppression. Further, disapproving of the elephant does nothing to relieve the pain of the mouse. We need to actively remove the elephant’s foot from the mouse’s tail. If we don’t we risk allowing the elephant to step on the body of the mouse as was the case with George Floyd and so many others before him.

Many of my white friends do not feel they have anything for which they need to repent racially. They were not slaveowners. They were not segregationists. They seek to treat minorities as equals. Yet, the elephant is real. Whiteness, a cultural system that works against the best interests of minority groups, is real. Too often, we have looked at the elephant and looked the other way. For that, we need to repent. Neutrality is condoning and condoning is racism.