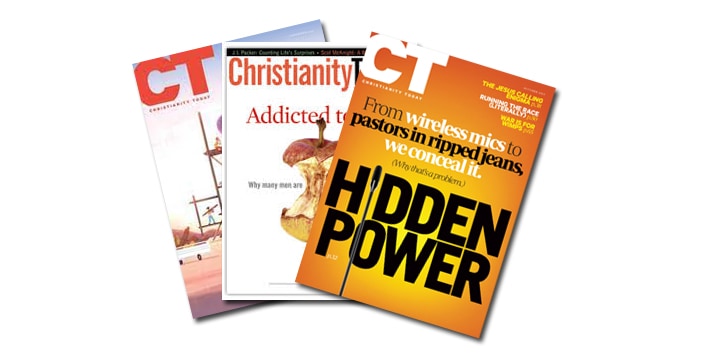 Christianity Today, the evangelical magazine founded by the late evangelist Billy Graham, has published a public apology for failing to reign in and hold accountable alleged sexual harassment by a former editor and a former ad director.

The magazine likewise broke the story, publishing an article that had a disclosure notice that it had done so, “without prior review by ministry executives.” The story says that an unspecified number of women had reported former editor-in-chief Mark Galli and former advertising director Olatokunbo Olawoye for “demeaning, inappropriate, and offensive behavior.” The reporting was based on an external assessment —which the magazine likewise made public — that said the magazine had an ineffective process for reporting and investigating allegations. The article continued:

Women at CT were touched at work in ways that made them uncomfortable. They heard men with authority over their careers make comments about the sexual desirability of their bodies. And in at least two cases, they heard department heads hint at openness to an affair.

More than half a dozen employees reported harassment from Galli or Olawoye to a manager or HR between the mid-2000s and 2019. But neither leader was written up, formally warned about their inappropriate behavior, suspended, or otherwise punished. There is no record that Christianity Today took any corrective action, even after repeated complaints of nearly identical offenses.

In a separate apology published at the same time in the form of a column, CT said the investigation began in September 2021 when two current female employees approached the current leadership team to discuss the matter, which they said continued even after Galli had retired. The apology, written by CT President and Chief Executive Officer Tim Dalrymple and titled, “We fell short in protecting our employees”, goes on to say:

We hold these women in the highest regard and were deeply saddened to hear their stories. They described highly inappropriate comments and unwanted touch that left them feeling disrespected, objectified, and unsafe. Our immediate response was to grieve with them, thank them for their courage, and commit to a process that rigorously examines what we got wrong as a ministry and what we must do differently going forward.

The editorial team said that over the years the organization had “succumbed to the temptation to explain away inappropriate misconduct as misunderstandings.” They also said that in responding to the report, they plan to add more women onto the executive team — there is currently one — and will work to better ensure their female employees “are valued and flourishing in their work.” Dalrymple continues:

One line of criticism might be that these revelations undermine our reporting on cases of church or ministry misconduct. I do not believe that to be the case. The news reporting team at Christianity Today has done outstanding work, recently as well as historically, holding some of the most powerful ministries accountable when they fall short of their calling. What would undermine our credibility is if we showed that we were only committed to the truth selectively because we sought to protect ourselves through concealment of the sin in our own house.

We have seen too many cases where Christian organizations cover up their failures because they believe the mission they serve is too important to be derailed by a few hurting people. This argument is tempting but wrongheaded. We cannot love the many by being cruel to the few. We cannot serve the truth by covering it up. It is because we are more committed to the kingdom of God than to our own institutional interests that we must be honest about our failures and share what we learn from them. We remain committed to rigorous journalism about ourselves and about others.

Another line of criticism may be that we are genuflecting to radical feminism and overreacting to behavior that is not truly harmful. We are not aware of any sexual abuse, assault, quid pro quo efforts, or the like within the ministry. The misbehavior we know of, however, persisted long after it had been expressed that it was unacceptable and needed to stop. Women we hold in the highest regard were hurt because we did less than love requires of us. The harassment itself left them feeling as though their dignity as women, their standing as professionals, and their ability to feel safe and valued in the workplace were taken away from them. This was deeply harmful not only to the two women who brought forth their report in September of 2021, but to other women as well. They were left to wonder whether we truly stood on their side. We grieve with them, confess our sin, and ask for their forgiveness.