Baptist College Bans Nudity in Art Instruction: Louisiana College’s President, Joe Aguillard…Nudity is a No No 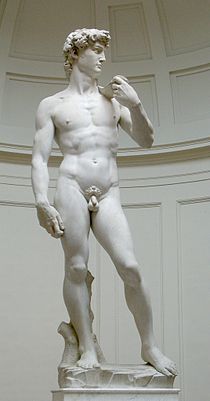 Louisiana Colleges president promptly responded to my letter sent to his faculty this morning. I believe his response is very telling in both what he addresses and what he does not. (See his full response at the end of this post)

First what  he doesn’t address:

Dr. Aguillard fails to address his blatant violation of copyright law in his reproducing and showing an image which he does not have permission to reproduce or show. He illegally confiscated the painting from the student who painted it in 2011. When the student and her mother attempted to get the painting back, he refused to return the painting until he could have the painting photographed by his lawyer for ‘legal purposes’. Apparently, those legal purposes include disparaging former faculty in faculty meetings.

(ETA: I’ve been informed that Dr. Aguillard is taking this illegal full size reproduction to show to preachers around the state. He does not have authorization from the copyright holder to do this. Unfortunately, the only recourse against this behavior is a restraining order and Dr. Aguillard has shown a willingness to throw the budget of Louisiana College behind his legal defense. A poor young college graduate does not have the financial resources to fight such illegal and unethical behavior on the part of a college president.)

He did not address that when I interviewed at LC. I was clear that I wanted to bring nude figure studies to LC with the same controls as are used at the respected evangelical institution, Gordon College. I should add that I also included some nude work in my image portfolio when I applied and included nude work in my lecture during the interview. There was ample opportunity for Dr. Aguillard to inform me of his position during the interview process. Instead, the only time he stood against students making such work (he did stand against displaying it in the gallery) was after I wrote a letter notifying the college constituency of moral failings at the school. It makes one wonder.

Now for what he did address:

Dr. Aguillard holds firm on the position that such artwork is inappropriate at Louisiana College and in violation of Board approved policy. He quotes and highlights the board policy which says, “Sensitive and controversial topics shall be addressed without gratuitous visual exposure and verbal immersion into graphic or lewd depiction.” Personally, I had read this policy before I took a position at LC. My problem was that I assumed a certain reasonableness in determining the meaning and application of terms such as “sensitive,” “controversial,”gratuitous visual exposure,” and “lewd depiction.” I have always felt that the issues of nudity and decorum must be handled with care in a Christian institution. If work, for example, is titillating and obviously inciting persons to lust then it is problematic. But educationally, nudity and decorum are persistent issues in art. Not just in contemporary art but in the most ancient art. To say that “such topics may be discussed freely and without fear” while also asserting in bold that “media delivery” (images) of such work is unacceptable at Louisiana College utterly destroys any semblance of academic respectability. Dr. Aguillard seems to be interpreting this policy in the broadest and most restrictive way possible. How can students receive a quality education on the history of art if they are banned from studying images of prehistoric nudes, classical nudes, renaissance nudes, enlightenment nudes, or modern and contemporary nudes? Aguillard defines this as “true Academic Freedom” but in reality it is a destruction of academic freedom.

There are strong conservative theological arguments that can be made for the religious, educational, and artistic value for works such as Jordan Wade’s Human Drapery series which I will be articulating in a later post once I have had the opportunity to put together a thorough argument. For now, I will post below an adaption of what I wrote for the benefit of the Faculty Affairs Advisory Committee in 2011. Please also make sure to see the full response from Dr. Aguillard at the end of this post.

An integral part of art historical education is the history of the figure, often nude, that extends from pre-history through, Greek, Roman, Christian, Modern, and Contemporary art. These images have been and should have been studied in every art history class I have taught at Louisiana College. This is all behavior consistent with how I presented myself when I interviewed with Louisiana College. Further, there is no way to study contemporary art without dealing with issues which Christians find difficult. As such, every syllabus which I have prepared since I came to Louisiana College four years ago has contained the following:

All students are also required to commit themselves to the following concepts prior to participating in this course:

This is not to say that nudity is inherently a theme “not consistent with Christian values.” Christian art, including contemporary Protestant art, has long considered the nude an acceptable subject for artistic inquiry. The distinction has often centered on the difference between nude and naked. Nude is seen as honoring what God created, celebrating beauty and exploring the human condition. Nakedness is typically seen as reflective of shame, guilt, and moral decay. That distinction does not totally resolve the issue. Historically nakedness has been wonderfully used to enlighten God’s truth such as in Masaccio’s Expulsion from Paradise which beautifully uses nakedness to make the viewer aware of the tragedy of sin. That is why the statement above has the phrase, “The instructor will strive for a mature Christian discernment.”

In the case of the painting in question, which was painted by one of my students, we see a good example of the principles I am discussing. The artist’s primary concern is the concept of skin as a fabric. Through repeated exposure to painting fabric in my painting classes and seeing the beautiful way which both fabric and the figure have been handled art historically the artist was able to combine two loves. On the deeper theological level though, the art provides a profound commentary on the relationship between the Imago Dei and the depravity of humanity. The painting is of a woman who had undergone a medical procedure and as a result lost massive amounts of weight. The resultant figure is a beautiful metaphor for the brokenness of humanity. Further, the artists seeks to beautifully and skillfully paint the figure which powerfully references the Imago Dei, the Image of God, in which we are all created and the inherent dignity and value of humanity despite our utter fallenness.

Faculty members on this campus have express great admiration of the painting and even expressed how the painting has powerfully ministered to them. A colleague of mine from a nationally respected conservative institution wrote me stating:

I worry a lot about objectifying the model, and one of the most powerful forces against objectification is compassion. Your student’s painting may be grotesque — it may not be easy to look at — it may not make a viewer comfortable. But it should move a viewer to compassion, and in that sense it is the precise opposite of pornography.

This painting offers a wonderful example of “a mature Christian discernment of the moral and aesthetic appropriateness.”

This is the response to my letter which Dr. Aguillard immediately sent to his faculty and staff:

You have my permission and encouragement to forward the links to Rondall’s letter posted on his website that includes his art work and his support of the picture, to  everyone you know, especially including Baptists around the state and country.  We do want everyone to know just where we stand in opposition to his position.

Just be sure to pre-warn those to whom it is sent of the graphic nature of the picture(s) in case they would rather not view it/them.  Remember our institutional promise to “keep our eyes on Jesus” as those outside our “pea patch” try to invade our territory or pull us away from our mission “to change the world for Jesus Christ by the power of the Holy Spirit.”  This is timely and instructive for us as an institution.  We are fixed upon our Mission!

Rondall’s unsolicited, yet longstanding position on his work of art proves the position of Louisiana College on true Academic Freedom, which includes:

“Sensitive and controversial topics that are germane to the subject matter should be handled in a manner which honors the mission of the college and advances the purpose of the course. It is the responsibility of the faculty member to understand and teach in accordance with the Baptist Faith and Message 2000 relative to these topics and, through responsible teaching methods, refrain from advocating contrary views. It is important to note that discussion of the topic does not constitute advocacy. While such topics may be discussed freely and without fear, some materials and modes of textual and media delivery are unacceptable at Louisiana College. Sensitive and controversial topics shall be addressed without gratuitous visual exposure and verbal immersion into graphic or lewd depiction. High quality scholarship pursued freely in this context demonstrates authentic academic freedom in a Christian institution.  The final authority and responsibility to interpret and implement the academic freedom policy rest with the President. Open communication is key to this process.”

In my opinion, it is most appropriate to read all of Rondall’s postings through the lens of this linked article.