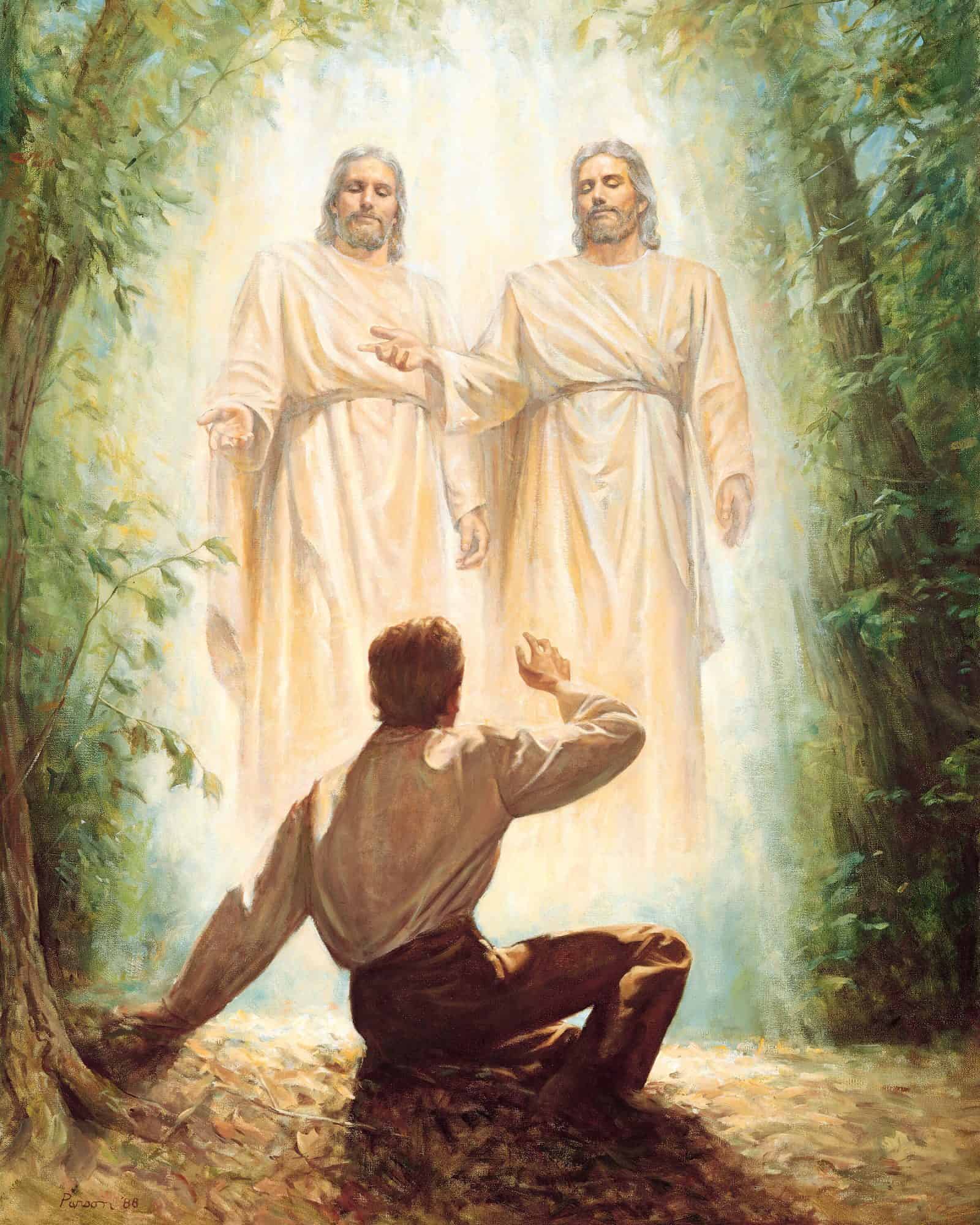 This is the fourth piece in the Mormon Christs series. If you haven’t already read the first piece you may want to start with Part 1.

The four contemporary LDS artists I will look at are Del Parson, Trevor Southey, J. Kirk Richards, and John McNaughton. Parson like the illustrators of the previous generation produces work that is largely doctrinal and devotional. Southey produces fine art that pushes at the boundaries of LDS orthodoxy and expresses the tensions that some Mormons feel in their faith community. Richards similarly produces fine art but does so more comfortably located within the mainstream of LDS culture. Finally, McNaughton produces work that is ideological and polemical.

The Lord Jesus Christ is the most reproduced Mormon image of Christ. In many ways, it is the Mormon interpretation of Warner Sallman’s project from 1940. The three-quarter view of Sallman has been updated so that Jesus looks directly at the viewer. His features are rugged and more distinctly masculine than in Sallman’s painting but there is still a warmth in his eyes. He simultaneously provides a sense of authority and an emotional connection for the viewer. There is nothing in this painting that challenges the faith of the viewer. It is entirely faith-affirming and in concert with the Church’s teachings about Jesus.

Similarly, in The First Vision Parson’s illustrated the church’s teaching about Joseph Smith’s first encounter with God. The painting shows both the Father and the Son as two distinct personages consistent with the First Vision account. This underscores the ontological differences between Jesus as understood by Mormonism and Jesus as understood by Protestant, Catholic, and Orthodox traditions. For the LDS viewer, this connects the ontology of Christ and by extension his role in the Plan of Salvation to the very beginning of the Restoration. Jesus and the Father are depicted very similar to the depiction in Parson’s painting The Lord Jesus Christ. The painting emotes both the power and love of the Godhead. It is faith-affirming and faith-building. It is art in the service of doctrine.

To learn more about Del Parson visit his website.