The Costly Wars on History 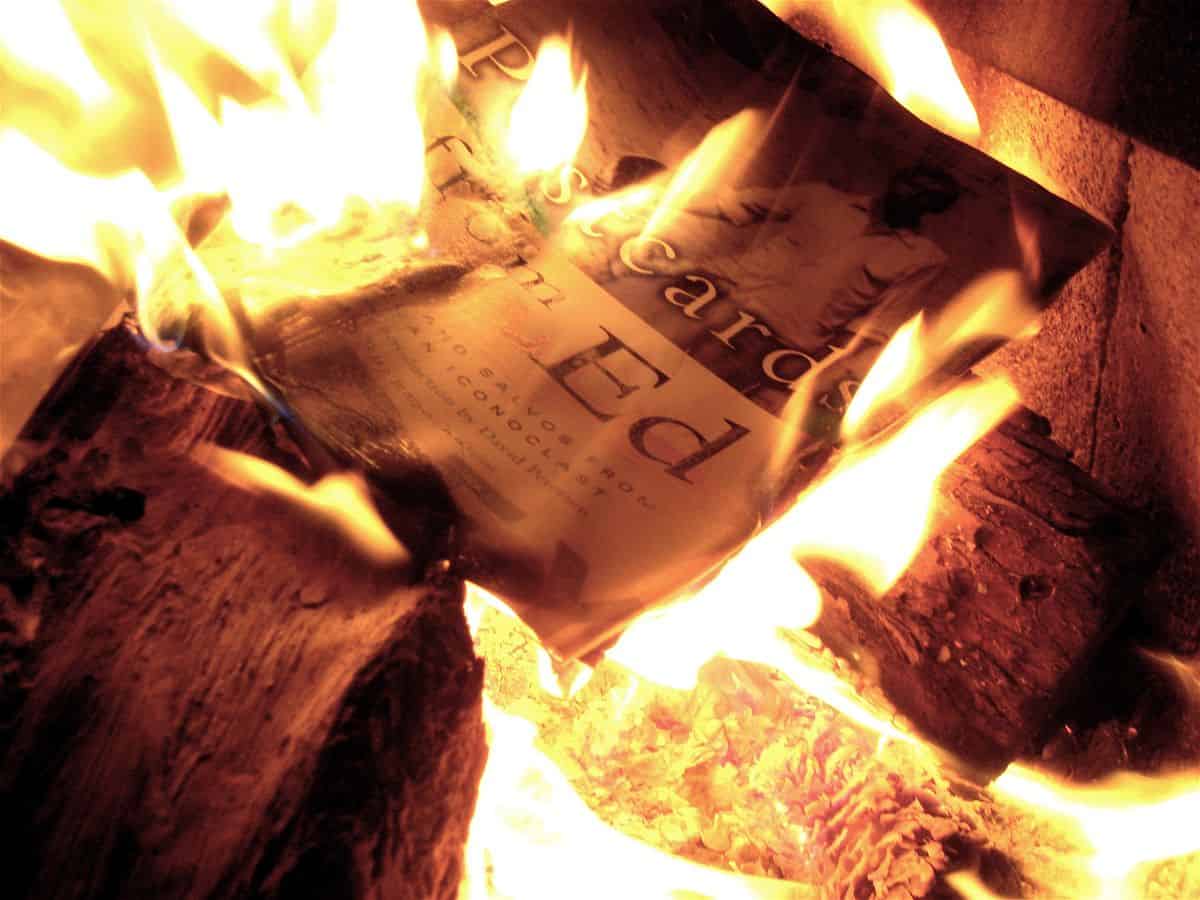 Book burning and censorship campaigns seemed a relic of the past in the rural middle-class world where I grew up. We vigorously attacked the censorship of the repressive Soviet Union and insisted that Americans stood apart because of our commitment to free expression. I imbibed those ideals as a youth, only appreciating the ironic contradictions between the ideals and the actual practices of those expressing them in hindsight. There was plenty of censorship in those days, much of it being done by people who claimed this was “necessary” censorship to protect the fragile youth of America. Still, censorship has risen to new and troubling levels over the last few years.

The tide of censorship threatening to sweep the nation today has focused particularly on history and historians. This circumstance testifies once again to the power of history to shape hearts and minds. People devoid of historical awareness are like an amnesiac with no point of reference to their past or how it has shaped their present. Those who control historical understanding can control how people think and behave. As the eighteenth-century philosopher and wit, Voltaire wrote, “He who can make you believe absurdities can make you commit atrocities.” Such power should rest in responsible hands, minds, and hearts. There are many responsible hands setting themselves to the good work of gaining historical understanding and transmitting that understanding to others. Yet, despite a flood of quality historical work being produced in all forms, the dominant voices on bestseller lists and in popular media continue to be popularizers with little to no formal historical training pushing clear ideological agendas.

Messiah College historian and writer John Fea recently lamented the inherent challenges faced by academic historians who seek to speak to general audiences. Fea has contributed a great deal of effort and expertise to illuminating historical issues for popular audiences while maintaining high standards of evidence and rigor. His work has appeared in print, online, and multimedia formats. Both his hope and frustration were on display in the article. Hope that historians can make a difference. Frustration that responsible historians still stand at such a disadvantage in making that difference despite the clear demonstration over the last few years that wars on history are dividing us and destroying our ability to distinguish fact from fiction. He points out that ideologues are well funded and free to devote most of their time to public outreach. Historians operating in academic institutions have to find time on the side for public engagement. Most of our time is spent mentoring students, grading assignments, and serving on institutional committees. Add to that increasing demands on faculty to complete time-consuming assessment duties that have no bearing on creating a better institution or making anyone a more effective teacher. 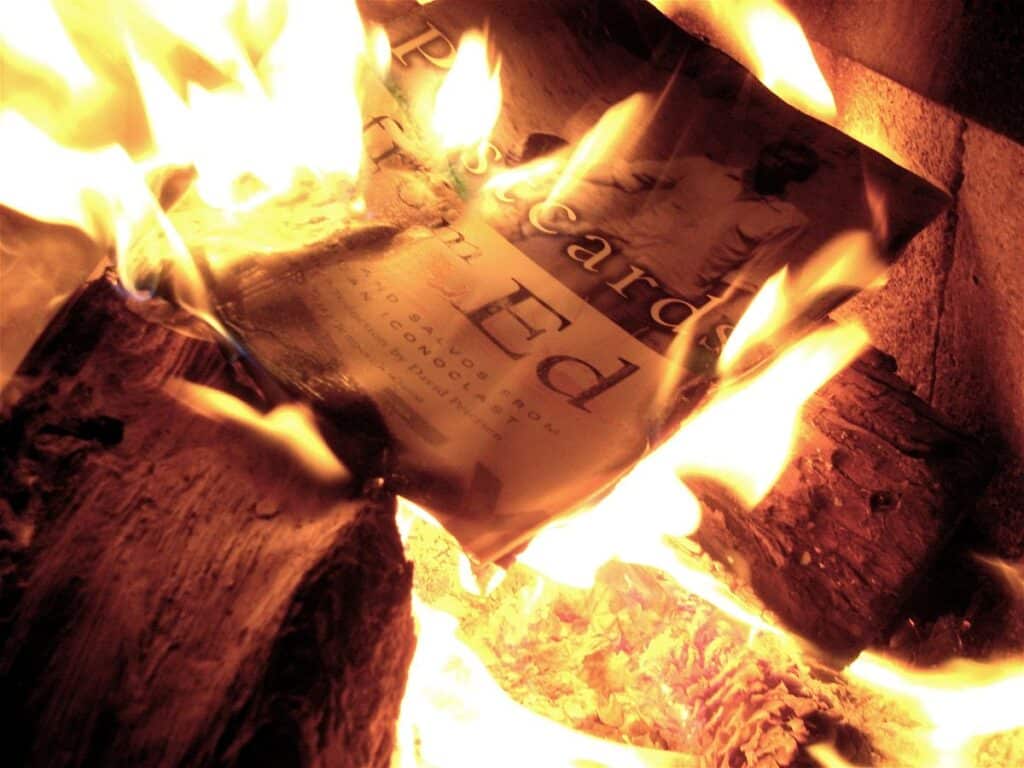 Add also to those dynamics the fact that scholars in the humanities and the arts remain among the worst compensated university faculty. Many resort to side hustles in order to make ends meet. The new American dream has devolved to hoping to make it on just two incomes sometime between the cradle and the grave. People with a doctoral-level education are expected to work the equivalent of fifty hours a week for a pittance of what other people at the same level of education receive. Attacks on summers as “time off” miss the fact that most of the preparation for what happens in the following nine months happens then as well as any scholarship or public engagement outside of university duties. All of these points relate only to those of us fortunate enough to enjoy a full-time position with benefits. The majority of humanities and arts classes are being taught by contingent faculty who have no full-time position, no benefits, and no guarantee of continuing employment from one semester to the next. Stories abound of contingent faculty teaching a class at one institution and then racing across town to meet their next class at another.

Historians at Christian institutions face further issues. History professors inherit from churches, private schools, and homeschooling environments students sometimes thoroughly conditioned to accept Christian Nationalism through the influence of authors such as David Barton or Peter Marshal. They’ve already been taught that anyone presenting a more complicated picture of history is at best confused and at worst the pawn of a Satanically-motivated conspiracy to undermine the church from within. Too much time is expended just demonstrating that patriotism is not dependent on believing that George Washington had a deeper faith than Moses or that Thomas Jefferson really was not an evangelical in any sense of the term. Now, with paranoid fears about Critical Race Theory being stoked by shameless political operatives, the most level-headed and basic statements critical of slavery and racism are viewed with suspicion. I recently devoted a couple of sessions in my introductory Civilization course to discussing the tragic triangular trade and the horrors of the slave system. We followed those classes up with a viewing of Michael Apted’s 2006 movie Amazing Grace. It struck me as ironic that the movie was based on a book by Eric Metaxas considering the ideological bedfellows Metaxas has courted lately. Still, there is one silver lining in the irony that is the career of Eric Metaxas. I plan to tell anyone who doesn’t approve of our delving into the history of slavery, “Hey, we watched a film based on a book by Eric Metaxas.”

Political operatives looking for electoral advantages and parents with insufficient information are demanding that Critical Race Theory no longer be taught in schools. Critical Race Theory remains a specialized interpretive grid that is not taught in most colleges and universities, much less elementary and high schools. Allusions to CRT fostering “white guilt” and poor self-esteem in students harvest the most radical isolated examples, many of which are not even based on real episodes, to condemn anyone deeply troubled by systemic racism as “woke” proponents of overturning “traditional values.” The result grows into a deadly crop of repression in which we are selling out teachers in the name of protecting children against an ideology those attacking it do not even fully understand. The CRT hysteria is leading to attacks on books such as Harper Lee’s To Kill A Mockingbird that have been recognized classics for decades. Calls for monitoring teachers and vetting curricula are rising. Teachers of good conscience and principle are simply not going to stand for it or bow the knee to false historical revisionism. Measures like these could result in the loss of gifted teachers and leave us only with sycophants serving the educational needs of our children. The threat to our democracy remains no longer just existential or hypothetical. It has come here and now.

To combat it, historians need help. We need our institutions to support us with more than just words of encouragement. Institutions who really care about democracy and responsible history need to devote real thought to creative solutions for overcoming the monetary and enrollment challenges the humanities face, some of which are realities of the marketplace and some artificial deficiencies created by academic institutions themselves. Christian institutions need to support their faculties in the face of attacks by politically motivated demagogues and commit to courageously educating their constituents as they commit to educating their students.

Christians on the ground can help faculty in their institutions by educating themselves and by seeking the expertise of Christian scholars on questions of historical and social significance. Absolutely hear all the voices out there and weigh them all, not just those with the most visible platforms. They can also help by holding Christian institutions accountable for how they support their faculty. At the end of the day, universities are slow to respond to the voices of their faculty. They do listen to parents and students.

The cost could be high if we fail to do these things. We are paying a price already for not doing them. Historians who care will not stop doing what we can to educate and elevate. The question is whether we will be doing our work within institutions or whether our institutions will have so failed us that we explore alternative routes for preserving and disseminating knowledge of the past. We may need to create alternative streams for reaching out as advocated by Johann Neem in his book What’s the Point of College?. Will we be speaking truth to power in a democratic system that allows free expression, or will we find ourselves in an autocratic polity where speaking truth means potential loss of freedom as well as employment? That depends on choices ordinary Americans make over the next few years. And it depends on historians continuing to operate outside of our comfort zones to share what we have with as many as possible. We’re striving to do our part. Will you do yours?