Johnny Fencerider, Demon Sperm, and the Real Threat to Freedom of Conscience in America 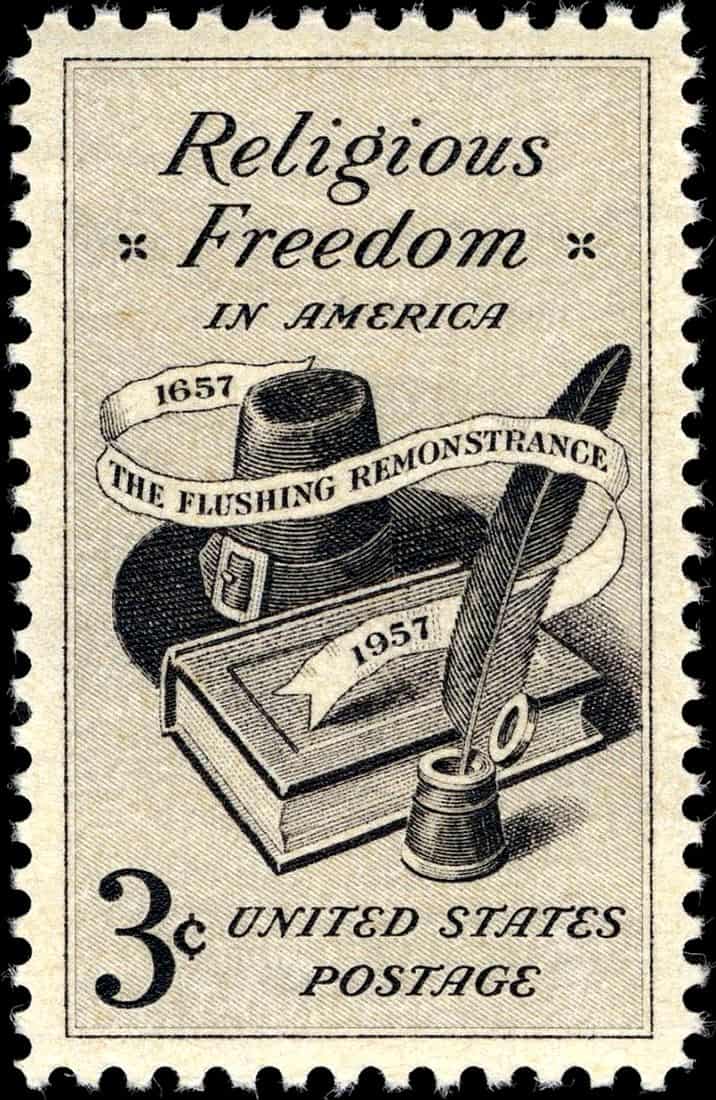 I had a pastor friend who at one time I considered to be a mentor. Sadly, he proved to be a disappointment both as a friend and as a mentor. I remember as a very young minister standing in the midst of a meeting of the Louisiana Baptist Convention where a crucial vote was to be taken. Polarized factions were splitting the state convention, and it was evident that whatever decision resulted from the tumult would set the course for that body of Christians, possibly for decades. My friend and I had wrestled with the options for weeks. We both agreed in the end that, though the more conservative/fundamental faction made some good points about abuses by the other side, their agenda opened the possibility for a repressive environment in which no one could live according to their conscience. On the day of the vote, I took a step against the predominant culture in the area and my own formative influences by voting for the more moderate/progressive faction, knowing that doing so was the only way to protect the freedom of conscience I believed in then and still cherish now. As the votes were being collected, my friend eased his own paper over into my line of sight. Printed clearly in bold letters was the word “ABSTAIN.” After all the confidant bombast he had shared over the last few weeks, his decision was not to decide when it came down to the moment of truth. He winked at me with a self-satisfied smile that is characteristic when he thinks he’s doing something clever. My mind was whirling. I remember the occasion being one of the first times I questioned my respect for and trust in this man. Sadly, it wouldn’t be the last time. That was the late nineties. Ten years later, I was serving as an assistant professor of history at Louisiana College, my undergraduate alma mater, and dealing with the devastating fallout of the decisions made that day. I often thought back to that moment at the Louisiana Baptist Convention as the blatant lies, egregiously immoral behaviors, and abuse of people personally and professionally were excused in the name of Christ in that brave new world the conservative group had created with that vote ten years earlier.

There was a quirky Christian musical act in the mid-nineties called Say What who released a parody of “Riders on the Storm” by The Doors called “Johnny Fencerider.” Like so many cultural relics, the song has gained immortality on YouTube. Say What pitched their songs primarily to Christian youth, and a lot of the content poked gentle fun at some of the tropes of nineties evangelical youth cultures. Johnny in the song is a Christian youth who can’t quite seem to live out his convictions in the real world. When his commitment is tested, he chooses not to choose. The chorus intones “Johnny Fencerider, Johnny Fencerider, Riders on the Fence.” Johnny’s maverick cowboy costume looks fetching, but in the end he’s what real Texans call, “All hat and no cattle.”

I was reminded of Johnny Fencerider again today as the predictable chorus of objections erupted from some conservative evangelicals who recognize the horrific devastation Donald Trump has wrought on American democracy and decency, but also refuse to entertain the notion of voting for Joe Biden and certainly not for Kamala Harris, his newly minted Vice-Presidential pick. One conservative evangelical thinker contended that Harris is unacceptable because she once applied a “religious test” when she questioned district court nominee Brian Buescher over his involvement with the Knights of Columbus. Certainly, Harris pushed Buescher hard in the cross-examination as she has candidates in other hearings on issues not related to religion as well. Given the impact, a candidate’s religious views can, and these very same conservative evangelical critics would argue should, have on one’s ethical and judicial decisions, it would seem Harris’ line of questioning was legitimate. Whether the candidate’s views should disqualify them for service depends on many factors beyond mere affiliation with one group and is best decided by a full and diverse panel of reviewers. That’s why we have hearings. Brian Buescher was appointed, by the way. Harris’ opposition did not mean the end of religious liberty in America or even block Buescher’s judicial ascendancy.

There is an existential threat to “religious liberty” or, as I prefer to call it these days, “freedom of conscience” in America. But it’s not the one far too many conservative Christians think it is. I prefer to use “freedom of conscience” because the perfectly good and noble term “religious liberty,” has been so bastardized by elements of the right in this country that it has come to stand for endorsing the very tendencies it was originally coined to challenge. The American founders, at least the majority whose views won out, opted not to support religious establishments, and they had a long history of European wars of religion to remind them that their decision was a good idea. Critics who contended that the American experiment with freedom of conscience would end in rampant atheism were astonished when nineteenth-century America played host to a vibrant diverse spiritual landscape. There has never been a time in American history when a cabal of conspiring atheists has snatched away American freedom of conscience. There have been several times when misguided Christians worked to undermine the freedom of conscience of others, often their coreligionists, using the machinery of the state. James Madison’s dogged defense of freedom of conscience was born from his advocacy for the rights of Virginia Baptists to worship free of coercion from the Anglican Church. It seems that the greatest fear for many Christians today is that adherents to other religious faiths or no religious faith might act like them if they were to gain power.

The real threat to freedom of conscience in America today lies in assaults on those same principles by frightened Christians whose ambition to create protective walls around their own faith undermines the very arguments that could be used to protect their free exercise. And they are not even including all Christians within those hypothetical protective walls, just their own particular subset of the Christian faith, which they often define as synonymous with Christianity itself. The threat also lies in the fact that blind support of Donald Trump’s assault on personal and public freedoms has made a significant wing of American Christians the one thing that we once argued we never want to be, an existential threat to American democracy. Too many American Christians are living down to the worst stereotypes of their critics, virtually making their case for them.

Which leads me back to Johnny Fencerider. Court evangelicals like Robert Jeffress and Jerry Falwell, Jr. do not speak for many, hopefully not even most, American Christians. There are many sane and rational individuals who have even criticized Trump publicly at the risk of being shunned by their fellow conservatives. But there is also a certain smugness there towards those who choose to support Democratic candidates too. It has been there a long time. In fact, despite the clear contradictions between Donald Trump’s words and behavior to everything they say they believe, it is still more of a stigma in the evangelical world for someone to opt to support a Democratic candidate. That stigma is due to two or three difficult and complicated social issues. Two or three issues compared to Trump’s acceptable to conservative evangelicals’ stance on those same two or three issues and weighed alongside his total failure to uphold anything resembling Christian compassion or integrity on all the rest. They smugly sit astride the fence, waving their cowboy hats and proclaiming a plague on everyone else’s house.

What does that get us? It got us Donald Trump in 2016. It could get us Donald Trump again in 2020. Conservatives, while condemning postmodern excesses, have themselves become the most postmodern of postmoderns, joining the war on reality that has plagued us in American popular cultures for so long. I use a powerpoint slide in my lecture on the Enlightenment with a meme that shows Sir Isaac Newton and the words “Gravity, It’s not just a good idea, It’s the law.” The point being that there are some things that are reality no matter how much we may wish it otherwise. Simple mathematics is one of them. You can say voting for a third-party candidate is not a choice for Trump. You can wink like my friend and congratulate yourself on your cleverness, even your sacrosanct purity compared to all that rabble who made an imperfect choice. But math is still math, and at the end of the day the outcome will still be determined by the numbers. Choosing door number three does not absolve us of responsibility for our choices.

Politics has never been a purist game, and it never will be. The Religious Right movements that emerged in the late twentieth century never got the reality of that truth and that is how they now find themselves using the very argument that politics is not purist to defend their support of a man who undermines everything they set out to achieve. Securing judicial nominees does no good if the respect of the American people is lost in the process. The respect of the American people for the importance of religion and the positive goods it can contribute to the common good always has been the greatest protection for freedom of conscience in American culture. Even skeptics like Thomas Jefferson and Benjamin Franklin could defend the free exercise of religion with enthusiasm by pointing to the benefits healthy religion could bestow on civil society. That positive endorsement of the better angels in our religious observance was one reason they opposed Thomas Paine’s more critical denunciation of organized religion in The Age of Reason. It is not when Kamala Harris raises questions about a judicial candidate’s religious views that we see the real threat to freedom of conscience in contemporary America. It is when the president of the United States elevates prosperity gospel hucksters to speak to economic issues and when radical spiritual warfare advocates spout nonsense about demon sperm at the risk of public health during a time of pandemic. It is when a group of ignorant individuals in my own community regale the New York Times with their uneducated opinions about a purist “Christian America” that never existed in historical reality. When Christians give their worst critics living examples of all the most devastating stereotypes imaginable, that is when we see the real threat to freedom of conscience in America. When the world has to school the church on the rudimentary principles of compassion, that is when we see the real threat to freedom of conscience in America.

Based on recent communications, my old friend is still sitting on that fence. He has lots of company. I’m sure it feels good up there. You can judge the “crazy” Tumpanistas and those “compromising” Progressive Christians. The only thing is that fence sits on a plot of land that belongs to us all. Sooner or later you may just find that the fence collapses as the land erodes beneath it. Plus, barbed wire makes for an uncomfortable resting place, or so I’ve been told.