A song for the poor 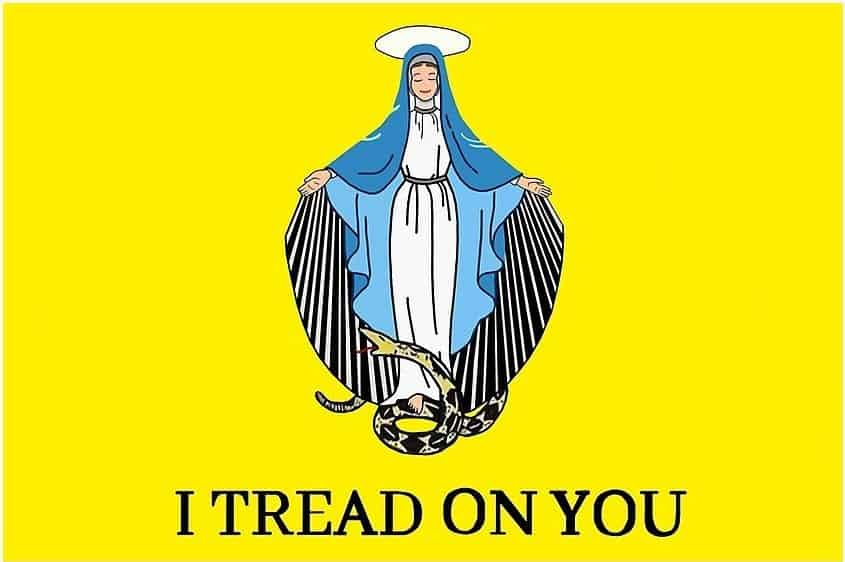 My soul doth magnify the Lord.
And my spirit hath rejoiced in God my Saviour.
For he hath regarded : the lowliness of his handmaiden: For behold, from henceforth : all generations shall call me blessed.
For he that is mighty hath magnified me: and holy is his Name.
And his mercy is on them that fear him: throughout all generations.
He hath shewed strength with his arm: he hath scattered the proud in the imagination of their hearts.
He hath put down the mighty from their seat: and hath exalted the humble and meek.
He hath filled the hungry with good things: and the rich he hath sent empty away.
He remembering his mercy hath helped his servant Israel :
As he promised to our forefathers, Abraham and his seed forever.

The United States has been burning this week.

In retrospect, some will look back and trace the riots and unrest to the death of George Floyd at the hands of the police, a killing that was so excruciatingly slow and obvious that many people who have previously resisted the Black Lives Matter banner have started calling for his killers’ prosecutions. Some will look back slightly further, to the long list of names of people of color whose questionable deaths amounted to extrajudicial killings by the authorities or lynchings by an uncaring public. Others will surely look at the overarching narrative of the moment: a pandemic that has killed 109,000 people in less than four months continues with significant mortality rates; U.S. unemployment is at its highest level since the Great Depression; national leadership has an antagonistic relationship with each other and large swaths of the population as a whole; and our improved means of communication have also spread every story of outrage — and misinformation — far and wide.

In truth, the United States has been primed for this kind of violence for a long time, and now all of the conditions were right to light the proverbial and literal fires.

And here I sit, contemplating Mary, the Theotokos.

Her expository exclamation at the announcement that she would birth the Christ—the words are commonly known as the Magnificat—is recorded in Luke’s Gospel. It’s also used as a canticle in liturgical churches, and it’s part of the Daily Office for Benedictines and in the Book of Common Prayer.

Some of it, of course, is personal to her—”all generations shall call me blessed”—but some of it speaks to the wider world.

People across the centuries since the Gospel’s publication have taken comfort in her words, which are one of the first hints at the Gospel’s political message. As Jason Porterfield writes in The Subversive Magnificat, some have taken the implications of its message so far as to make it a contemporary political anthem: “During the British rule of India, the Magnificat was prohibited from being sung in church. In the 1980s, Guatemala’s government discovered Mary’s words about God’s preferential love for the poor to be too dangerous and revolutionary. The song had been creating quite the stirring amongst Guatemala’s impoverished masses. Mary’s words were inspiring the Guatemalan poor to believe that change was indeed possible. Thus their government banned any public recitation of Mary’s words. Similarly, after the Mothers of the Plaza de Mayo—whose children all disappeared during the Dirty War—placed the Magnificat’s words on posters throughout the capital plaza, the military junta of Argentina outlawed any public display of Mary’s song.”

But what does the prayer mean to us today? Or even to her?

The Lord regarded her in her lowliness, she said, and exalted her. But when her Son died, he was a regional name in a backwater province at best. When she met her own Dormition, she didn’t appear to be exalted; she was living with an adopted son who had been given to her with biological Son’s dying breath.

But from the long view of history, she has been exalted. She was assumed into Heaven (so tradition says), and all generations since then have called her blessed. Her lowliness as a young woman, being considered, was cast away as billions since have found rest in the salvation her Son offers.

Even if we don’t see it in the moment, in her prayer she linked the poor masses with her blessedness through her Son, and he in turn offers that exaltation. Just as the Lord has considered my lowliness, she said, so he considers the poor and oppressed.

I don’t know how that plays out in the scale of history. Looking at Mary’s life, you couldn’t tell what was going to happen in real-time.

Even now, however, amidst the chaos of the moment, a clarity is sure to follow and we will see how the proud have become scattered in their imagination. The mighty, those in Democratic and Republican offices, in local and national roles, those who cannot help but commit injustices by virtue of their positions, are beginning to feel the wobbliness of their thrones.

I do not know what the future holds. I dare not guess. Most of all I pray for justice and peace.

And for me, that starts with the words first exclaimed 2,000 years ago.

“My soul doth magnify the Lord…”