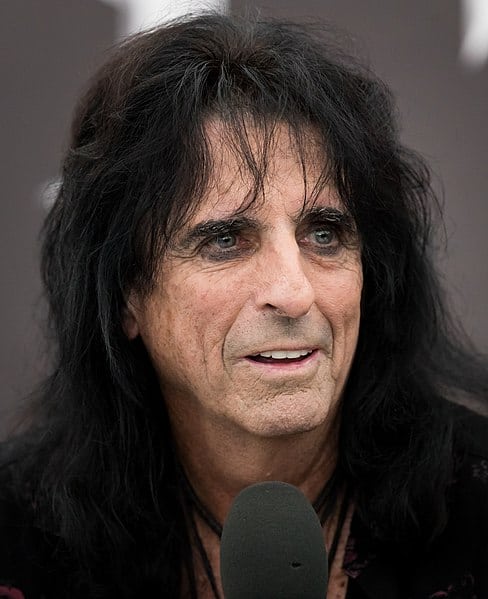 Rock legend Alice Cooper was once the fear of Christian parents everywhere, but now he’s dedicated to reading the Bible daily.

In a recent interview, Cooper said Jesus saved him from a sinful life that included cocaine and alcohol addiction. He said that he reads the Bible and prays every morning. Cooper says that reading a few chapters of the Bible every day generates positivity in his mind and that he also strives to help his peers. He has even given a Bible to Marilyn Manson.

Cooper, who became a Christian late in life, tries to keep God at the forefront. In a recent interview, the Detroit, Michigan, native shared his daily life routine and how God is a big part of it.

“I’m up before the sun; 5 a.m. is my time. Straight out of bed, make a cup of coffee, grab my Bible, then spend the next hour reading and praying,” Cooper told The Times U.K.

“I read a couple of chapters a day,” he continued. “This is my 12th reading. It puts me in a positive frame of mind.”

“Thanks to [my wife] Sheryl — she committed me to an asylum for treatment — this is my 39th year sober,” he said. “Being a dad changed everything for me. It gave me a reason to stay sober. On stage I was Alice but, after the show, I wanted to be Dad. That life was better than a life in the bottle.”

Cooper also talked about working with his charity, Solid Rock, an Arizona-based nonprofit that is centered on helping teenagers.

“We’ve set up places where any teenager can come in and learn any instrument for free. Music changed my life; hopefully, we can change a few more,” he told The Times.

Cooper further said that he believes in Heaven and Hell and warned people to be careful of the Devil.

Still a fan of “horror movies” and the creepy clowns in his home studio, Cooper ended the interview with a warning about the devil.

“I’m rarely in bed later than 11. Then I pray for a while,” he noted. “I believe in Heaven and Hell. People think of the devil with horns and a pointy tail. Man, you are so far off the mark,” Cooper said.

“The devil is going to be the best-looking, smoothest-talking guy in the room. He’s going to make you feel like a million bucks. But you better watch out because he’s got a whole different set of plans for you.”