Architecture, Theology, and Poetry: Reflecting on the church and her buildings 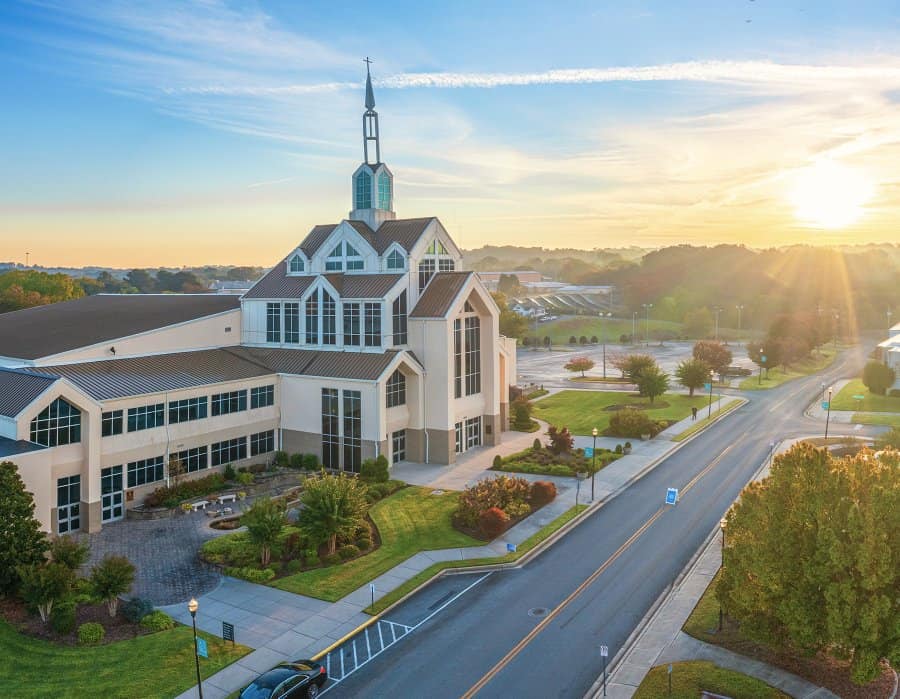 Every year in the fall, I teach a class called Art in Culture. The class is for non-art majors and as part of our core curriculum, it seeks to engage how art impacts and reflects cultural ideas. We get to have some fun discussions in this class.

Every year, I start off with a provocative discussion about what art is. Getting non-art students to engage with the meaning of art is always fun. There is a lot of showing images that challenge their conceptions of art and ask, “Is this art?” “Why?” “Why not?” After that, we do a unit on confederate monuments. There is a monument across the street from our university and in 2020 university students led a petition and demonstrations to try and get the monument moved to a local museum. The proximity makes it a poignant example of art interacting with culture and elicits lively conversation.

Last year, I added trips to two local churches so that we could have discussions about how theology and art interact in church design, even when we don’t directly think about it. This also helps to introduce students to liturgical church design which is important as we look at art from early Christianity through the Baroque period. This is the Bible belt so there are plenty of churches close to campus to choose from. We go to two churches that are just across the street on opposite sides of the university: St. Luke’s Episcopal Church and North Cleveland Church of God. We also visit Lee University’s Chapel built in 2011 in a gothic revival style that contrasts the Georgian revival influences on the rest of campus. Two of these buildings house typical congregations from very different traditions while the other is obviously a university chapel that serves a religious purpose very different from weekly congregational worship.

The trips to hear a pastor, a priest, and the university Chancellor—who was president when the chapel was built—are always highlights for the students. Invariably these discussions help the students to think about worship space, architecture, art, and their own home churches in drastically different ways.  St. Luke’s is an American Gothic church built in the 1880s for a liturgical tradition, North Cleveland is one of the oldest Pentecostal congregations in the nation, and the chapel is relatively new and built with a university community in mind.

St. Luke’s, this year, recorded Fr. Joel Huffstetler’s lecture to the class. It is full of information for those who are interested.

In response to the church visits, I have students write reflection papers where they consider both the buildings we visited and the church buildings of their home congregations. It is always interesting to read students’ thoughts as they think through how theology is reflected in these buildings and their own churches. Sometimes, they are critical of their home church’s thoughtlessness when it comes to the theology tacitly endorsed by the church design. Sometimes they are critical of the churches we visit. Often they are reflective of the differences in traditions. Usually, they discuss how the process has made them think in new ways that they never before considered.

This year, though, I was the one to have a new experience. One of my students, an excellent student, in fact, asked if her reflection could be in poetry rather than in prose. She had already proven herself in class so I was open to the idea. Below is the poetry that Ella Shelton wrote in response to the visits. There is a single poem for each church building or chapel we visited and a fourth poem that beautifully brings them together. This poetry is published with Ella’s blessing. I enjoyed her artful reflection. I hope you do too. 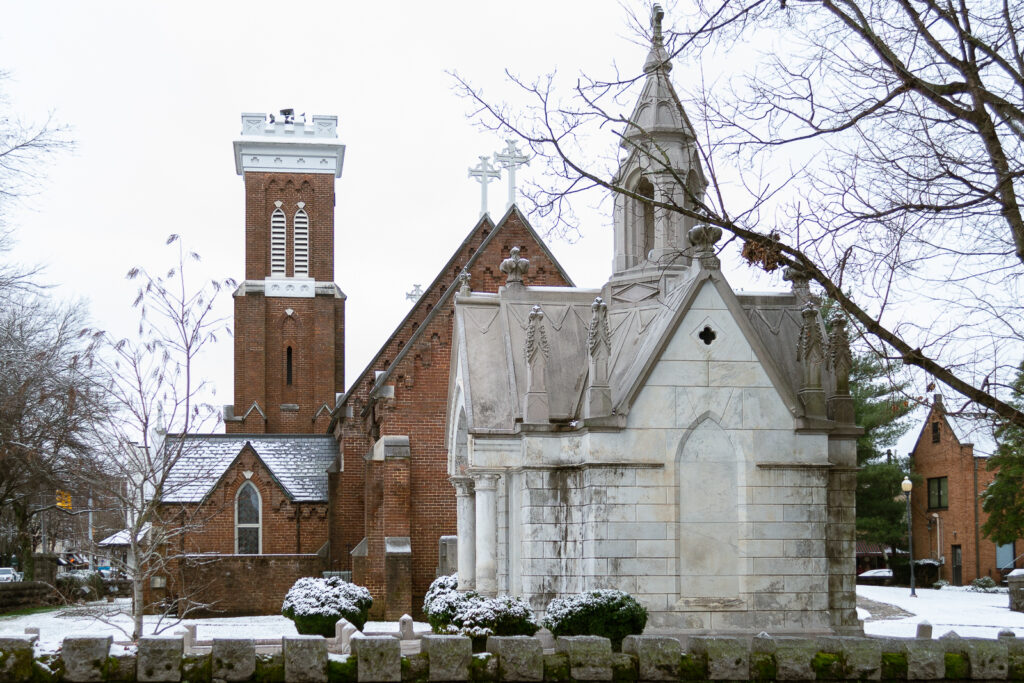 Where Nina Was Laid:

Ancient liturgy carved in
a Eucharist of stone,
solidifying the “work of the people”
as intrinsically tied to the presence
of God himself,
a presence that can be felt
and known.
A wooden ceiling:
the hull of an eternity
bound ship boarded by
the lost and starving soul.
A sanctified nave:
the assemblage of uniformed pews
aligned under the banner
of history and
tradition and
Jesus and
his heavenly throne.

Outward sound seeps through
the 19th-century walls.
As the pipe organ echoes
internally,
scripture is read
and hymns are sung.
Tulips frame the narthex:
life, instead of judgment,
illuminating the exit.
St. Luke stands in the apse:
a portrait of truth amidst
chaos and disagreement.

Mass for the
soul that needs replenishing:
a feast of flesh and blood
sanctified by the concentrated
presence of the Spirit.

A home planted
in convictions of the past,
roots as a mantra with a future
still to be grasped.
But is antiquity synonymous
with holy virtue?
Is God higher than our devices?
Is tradition more precious than
theological truth?

Swirling internally,
the Spirit is said to stir at the
speed of sound.
A congregation meets, anticipates,
feasts on His proclaimed presence
that sweeps through the room
when He is “invited” to move.

Glass as the center:
dove and cross.
Seats higher than the Bible:
surround sound worship.
But at what cost?

Through narrow passages,
one finds a relic
of an older time:
the scent of mothballs and
dampened wood,
cinderblock and broken bottle
window art.
Early morning light
blankets song and baptism,
establishing moments of worship
as reverent links to individual
history. 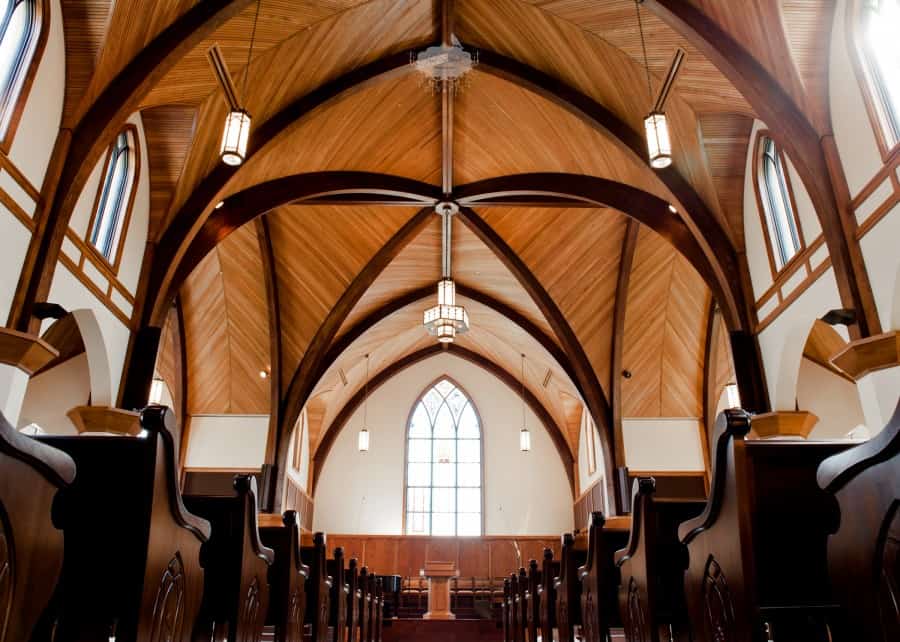 Obliquely angled,
stoic yet gentle,
her skin is a greyish stone
distinguished from her
bricked and columned
brothers
who bleed into each other:
an orchestra of uniformity
performing a scholastic symphony.

A visage consecrated,
adorned in light and oaken eyes
gleams with a glow of difference,
proclaiming to all who pass,
“I am she who holds
the mystery of Christ.
My insides are saturated
with the glory of His death
and the hope of His resurrected life.”

Ceremony merged with sentiment,
glass is stained with enamels
but lit by an immortal, blazing
Son.
Gothic remembrance melded
with early Christian influence,
the Chapel, she stands and
she sings and

she preaches:
“Christ’s work is done.”
Life is fleeting
(for we all will become
yellow roses),
but it is also precious:
a dichotomy Jesus proclaims
and a truth His church must know. 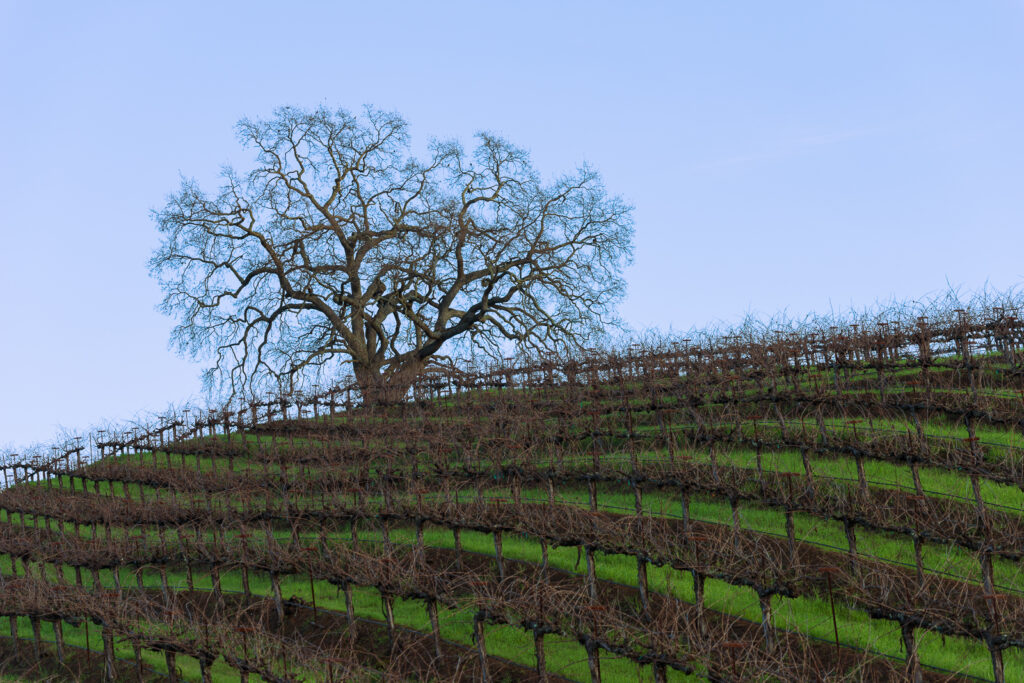 A Home of Living Oaks:

So very stilly,
the wind curls her fingers
round the branches
of an ancient tree.
Swaying to the cadence
of the air’s delicate
vibrations,
grass ripples through the
courtyard as one collective
being:
an emerald ocean in high tide
waltzing.
It is as if God exhaled
slow
>>>>>slow
>>>>>>>>>>slowly
allowing the moisture of his breath
to canopy the ground,
protecting it.

The open door welcomes
the wind and the warmth
and the light and the earth
as family futters into the room.
The church.

The church   the church    the church,
she is not a building.
She is a son-soaked Bride,
an international organism
transmitted
from the very heart of God.

The church is not a building.
It is a fire
that must keep
spread
>>>>>spread
>>>>>>>>>>spreading
until it engulfs indifference
and instills renewed passion
and holy desire.
The church is a people
reveling in an inheritance
promised to them
before the first brick
or stone
was ever layed,
before the prize was twisted
to be anything other than the heart
of the Father,
before we were tempted
by notoriety and position
and likability and power.

In preparing this piece, an editor questioned the last line in the first poem. “Is tradition more precious than theological truth?”

Is the poet saying that the Episcopal church contradicts theological truth?

At this point, it may be helpful for readers to know that everyone on our editorial team is Episcopalian. We are also Episcopalians who came from the Baptist world.

Keep in mind, the beautiful sentiments near the end of the final poem:

I do not think the line in question is as harsh as some might read it. I spent almost 50 years in Baptist churches. There was always a great concern for truth. But, almost always that conception of truth is mediated through the present, through us. Fr. Joel’s lecture spoke a great deal about the history and connectedness of the church across time. It is certainly a very different way of thinking than I ever encountered in my time in the Baptist world where tradition is often questioned.

I take the line about the preciousness of tradition versus theological truth in that light. Tradition can be a curiosity for those, like me, who come from a different faith perspective. The poem asks, “is antiquity synonymous with holy virtue.” Is something true just because it is old? No. Certainly from my Baptist perspective, the answer is no. But also from my Episcopalian perspective, something being new does not make it true. Why should we throw out sage wisdom of the past for the novelty of our own perspective? Still, tradition is not inherently true, we should ask if we find tradition or truth more precious. We should incline our hearts toward what is True, Good, and Beautiful regardless of its antiquity or modernity.

Images of St. Luke’s and the oak tree in the vineyard courtesy of Pamela Reynoso.