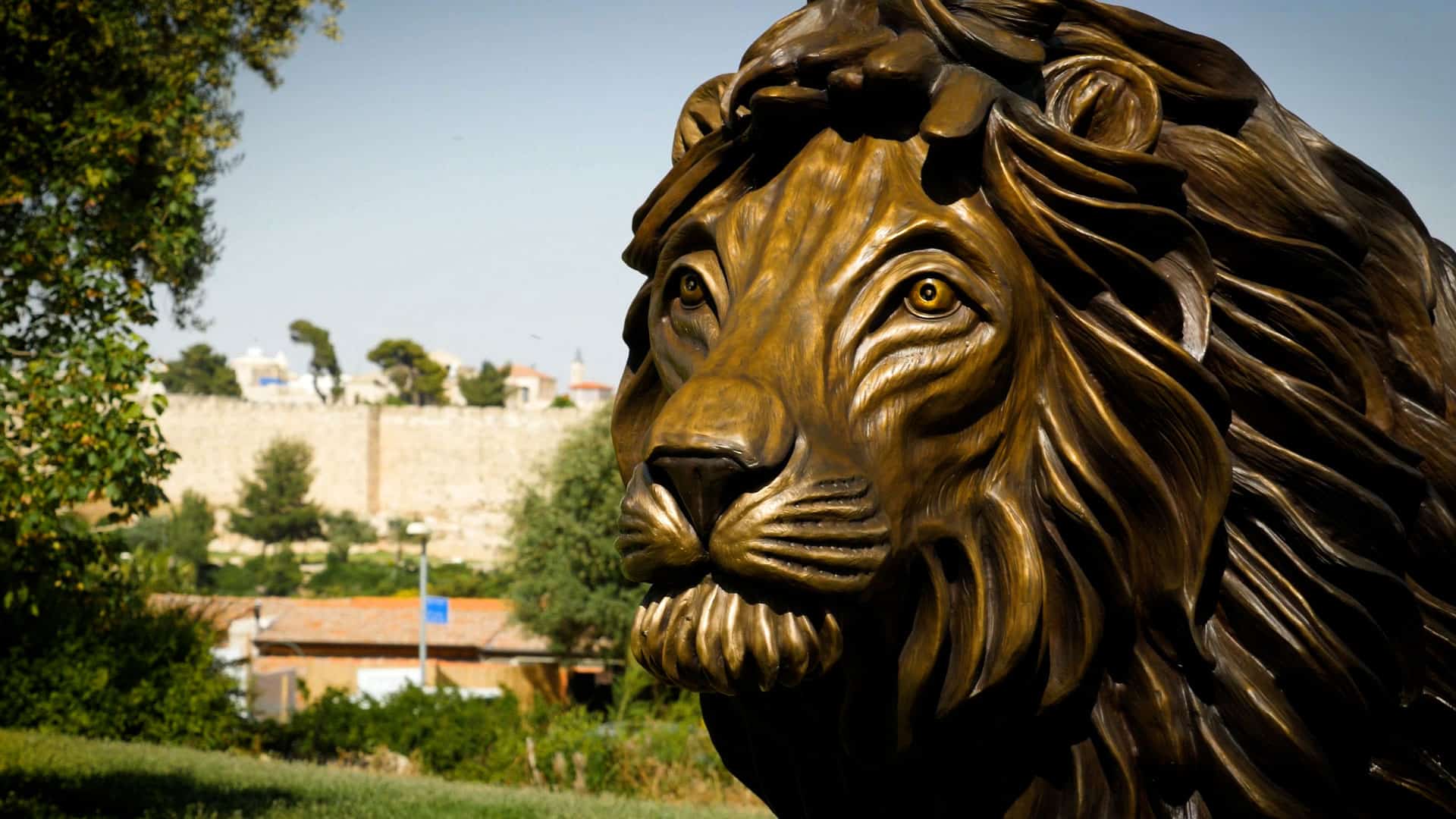 The Lion of Judah, a 11-foot-long, 1,134-pound bronze lion statue that has been dedicated in the holy city of Jerusalem this week, commemorates Jewish-Christian friendship. The statue is the creation of Max Greiner, an American Christian artist who gifted it to Israel many years ago as a friendly gesture and also as a sign of the support of U.S. based Christians for the Jewish residents of Israel. Several esteemed Jewish and Christian guests were present during the ceremony.

Dubbed the Lion of Judah, a bronze lion statue was dedicated in Jerusalem this week, in the presence of prominent Christian and Jewish guests, against the backdrop of Jerusalem’s Old City Walls.

The Lion of Judah sculpture was created by American Christian artist Max Greiner and was given to Israel as a gesture of friendship and U.S. Christian support of the Jewish people of Israel several years ago.  The 1,134-pound, 11-foot-long bronze lion was installed in one of Jerusalem’s largest parks.

Rabbi Pesach Wolicki, who spoke at the dedication, recounted how God has fulfilled His promises to both scatter the Jewish people as well as to regather them and give them the State of Israel.

And equally as important, he said, is God’s fulfillment of His words in Psalm 126, which states that when He brings His people back, people will say, “He has done great things for them”. There’s never been a time when people all over the world have praised the God of Israel for His goodness to the Jewish people.

Deputy Mayor of Jerusalem, Fleur Hassan-Nahoum, mentions that a special prayer is uttered when in Hebrew, special ceremonies take place like those which celebrate Jewish-Christian friendship.

“In Hebrew, when we inaugurate something as special as this that symbolizes the incredible friendship between Jews and Christians and the Evangelical community, we have a prayer,” Hassan-Nahoum said.

The Hebrew blessing, often employed to celebrate special occasions and give God thanks for unique experiences or acquiring special possessions, says: “Blessed are You, Lord, our God, King of the Universe, who has granted us life and sustained us, and allowed us to arrive at this time.”