If we are what we eat, perhaps we should change our diet. 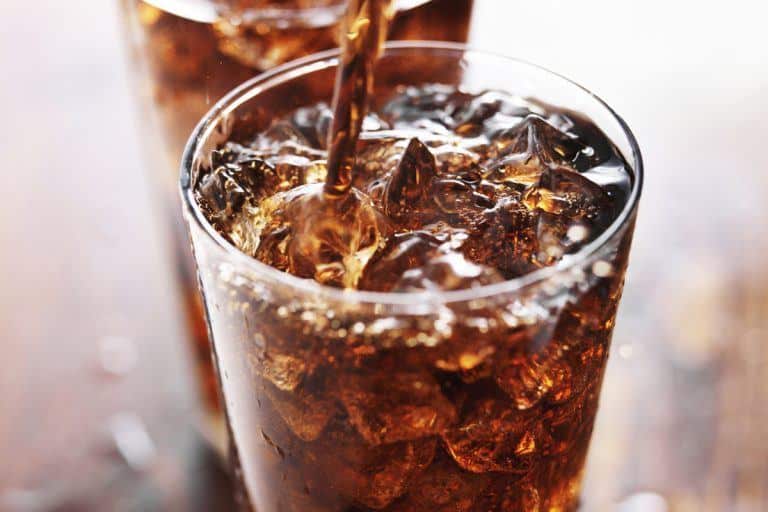 It may be argued there is something in the water we are all drinking, and perhaps something also in the food we are eating. Something is different.

This year has unleashed changes that may prove to be revolutionary. A pandemic continues to plague the world, and in the United States, thousands have taken to the streets demanding social change, a lament that has been picked up and repeated throughout the world. Those with power are under increased scrutiny, and those traditionally without power now have an increased voice with which to be heard.

While some still protest against the existence of systemic oppression, the harm of which has multiplied across generations, one doesn’t really have to look any further than the evolution of the food and drinks we consume as evidence of perpetuation of disparity. Tom Standage has written a helpful book on the subject entitled A History of the World in Six Glasses. Excluding water, he details the influence of drinks on the history of the world and the development of culture. I found this to be a tremendously engaging and interesting book, one which demonstrates that long before anyone was thinking about systemic structures, they were showing up in the very beverages we consume.

Standage lists the six drinks as “beer, wine, spirits, (all other varieties of alcoholic beverages) coffee, tea, and cola.” What’s interesting is that for most of human history, many of these beverages, especially those with medicinal properties, belonged exclusively to the wealthy. With many of these drinks serving colonial powers who then enslaved others so the free flow of these drinks at market prices might continue uninterrupted. And, on occasion, they served as a means for the oppressed to push back against authority. For instance, one can hardly forget the notorious dumping of tea into the Boston harbor by patriotic rioters from our own history.

The dumping of tea served to gain the attention of the British crown by unrepresented populations; whereas the consumption of coffee would become the elixir of religious reformers and radical politicians. According to Standage, “coffeehouses became popular venues for academic discussion, particularly among those who took an interest in the progress of science, or ‘natural philosophy’ as it was known at the time.” This would prompt the poet Thomas Jordan to write in 1667,

You that delight in Wit and Mirth,
and long to hear such News,
As comes from all parts of the Earth,
Dutch, Danes, and Turks and Jews,
I’ll send you a Rendezvous,
where it is smoking new:
Go hear it at a Coffee-house
-it cannot but be true…

There’s nothing done in all the World,
from Monarch to the Mouse,
But every Day or Night ’tis hurl’d
into the Coffee-house.

These meetings of the minds over food and beverage are necessary functions of human society that still challenge the course of human events. As a result, philosophies and religions emerged that forged empires, enriched kingdoms, and often plundered the natural resources of earth and human flesh.

Sweetness and Power by Sidney W. Mintz is a work that demonstrates powerfully how one substance, sugar, came to demand the attention of the world, often with tragic consequences. Mintz points out that this substance became important to both rulers and subjects, writing that, “the answers may seem self-evident; sugar is sweet, and human beings like sweetness. But when unfamiliar substances are taken up by new users, they enter into pre-existing social and psychological contexts and acquire-or are given-contextual meanings by those who use them.” Addiction to sugar was introduced to the world along with the exploitation of others to feed this addiction, resulting in disparities that continue to this day. Mintz adds, “the combination of sugars and fats, as food choice or preference, is a very important one. ‘Richness in diet is frequently associated with fat and sugar in the diet…fat and sugar are more than functional aids to shelf life; they are equally associated with the richness of food and, therefore, its acceptability.’ The food technologist’s lexicon for the uses of sugar and fat pays special attention to sugar’s way of making foods more palatable.”  So simply by adding sugar to foods that are otherwise cheap in costs and nutrition, populations become addicted, and are therefore willing to pay higher prices for cheaper and less nutritious foods—a practice that increases the profit margins and waistlines, but decreases the overall health of individuals.

There are two significant reasons why sugar is significant historically. To echo Tom Standage, food and “drinks have a closer connection to the flow of history than is generally acknowledged, and a greater influence on its course.” My point is this: when dissenting voices attempt to deny that historical influences have any bearing on the everyday experiences of people, including their systemic oppression, the very food and drink we consume says differently. And if the basic nature of what we eat and drink is informed by currents and tides of times long since passed, how much more are the institutions of a society governed by this history?

I find it interesting that Jesus established His gospel with a meal at its center—a simple meal of wine and bread. But unlike the traditional power structures of the world, Jesus invited all to sit at the table and partake. Sadly, many of those in the Church that was established by Christ would get this wrong, and many still do. But our lack of inclusion should not reflect on the intention of Christ to invite “whosoever will.” We in the Church miss this meaningful meal in the literal and metaphorical sense, when in the words of Tish Harrison Warren:

instead of the focus of worship being that which nourishes us, namely Word and sacrament, the focus became that which sells: excitement, adventure, a sizzling or shocking spiritual experience. An individual’s own experience of worship, a subjective notion of his or her encounter with God, became the centerpiece of the Christian life. The contemporary church can, at times, market a kind of ‘ramen noodle’ spirituality. Faith becomes a consumer product -it asks little of us, affirms our values, and promises to meet our needs, but in the end it’s just a quick fix that leaves us glutted and malnourished.

And because we have become addicted to a sugar-rich diet of popular Christianity instead of the nourishing primal practices of those who follow Christ, the disparities of the world are reproduced in the Church. As a result, the American church is bloated and weak, powerless to respond to the challenges of our time, leaving many in the Church to import symbolic gestures and obligatory conversations, instead of dismantling racism and exclusion and seeking to rebuild the Church according to the intentions of Jesus.

While this does seem to be a moment of monumental change, what remains to be seen, however, is whether or not we will be a part of this change or fall victim to it. In order for the Church to answer the call of the hour, our perspective must evolve to one that welcomes the intervention of Christ into the world, and the resulting chaos that may of necessity follow due to the disruption of our comforting traditions. But this process will eventually yield to a celebration of equality, justice, and peace. This is central to the command of Christ to “Watch therefore, for you know neither the day nor the hour.” This is a calling too many have dismissed as an ominous warning of impending judgment, missing the hope and restoration that Christ will bring. Or, as the author and food critic Robert Farrar Capon has observed,

what we are watching for is a party. And that party is not just down the street making up its mind when to come to us. It is already hiding in our basement, banging on our steam pipes, and laughing its way up our cellar stairs. The unknown day and hour of its finally bursting into the kitchen and roistering its way through the whole house is not dreadful; it is all part of the divine lark of grace. God is not our mother-in-law coming to see whether her wedding present china has been chipped. He is a funny Old Uncle with a salami under one arm and a bottle of wine under the other. We do indeed need to watch for him; but only because it would be such a pity to miss all the fun.

Or as the Apostle John said from Patmos at the end of Revelation, “Even so Lord Jesus, come quickly.” And when Jesus returns, He will bring plenty of food and drink for all.