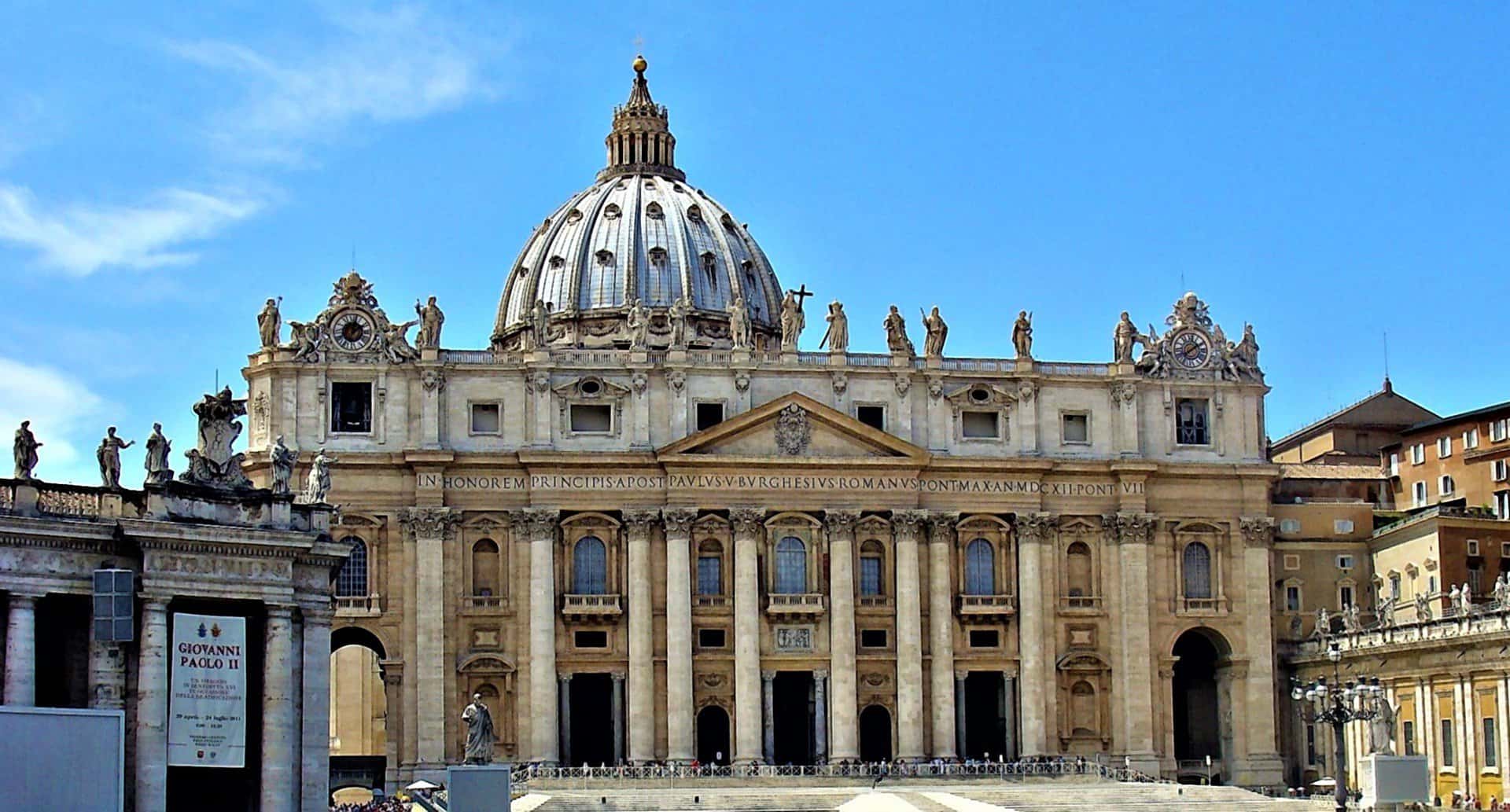 The Vatican has made an appearance in the Indian city of Kolkata with the towering St. Peter’s Basilica rising up as part of the city’s Hindu festival, Durga Puja. Well,  a pretty good replica of the Basilica, anyway.

Durga Puja is an annual festival that celebrates the defeat of the demon Mahishasura by the goddess Durga. The festival is celebrated with splendor in the eastern state of West Bengal and the city of Kolkata, which is known as the cultural capital of India and acts as the main center of the celebration. Gigantic marquees are created to house idols of the goddess. The marquees and the idols are often stunning to behold and Durga Puja is part of UNESCO’s Intangible Cultural Heritage of Humanity.

This year, one of the marquees constructed is a replica of St. Peter’s Basilica, which is drawing thousands of people every day.

The Vatican with its imposing St. Peter’s Basilica and artistic treasures of medieval Europe has come to Kolkata, as a city-based club created a replica of the famous church complete with statues and frescos to house its Durga idol this year.

The splendid work of artistry which has become the talk of the city took craftsmen more than two months to complete.

Sreebhumi Sporting Club near Lake Town, situated on the northern fringes of Kolkata, has created quite a frenzy among people as it themed its Durga Puja Pandal on the St. Peter’s Basilica in the Vatican City this year.

St. Peter’s Basilica is one of the most renowned works of Renaissance architecture. It is often regarded as the greatest building of its age.

The replica of St. Peter’s Basilica has become a must-visit destination for puja revellers and pandal hoppers. The marquee has simply left people awestruck, even from other faiths.

“I went to the pandal recently and was happy to see that the replica was very nicely done. In that way, the puja organisers have shown love and respect to another religion,” Father Naveen Taoro, a priest of St. Teresa’s Church in the city’s Moulali area, said.

Father Taoro, who had visited the Vatican, thinks it is a great opportunity for the people who have never been there.

“The marquee looks exactly like the Vatican. The organisers have kept every detail intact and I am really happy about it. In this way, the puja organisers are educating people about the Vatican,” he said.

The public craze has been noticeable over the last couple of days as people belonging to different age groups and from all walks of life poured in at Lake Town bus stop, the place from where one has to walk down towards the Sreebhumi Durga puja pandal.