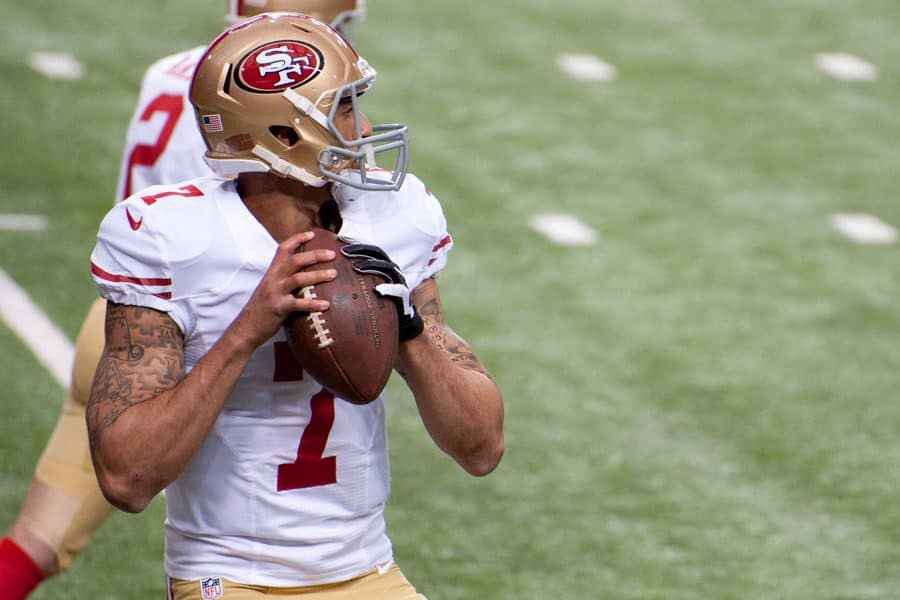 For several weeks, Colin Kaepernick has been quietly sitting on the San Francisco 49ers sideline during the national anthem. But, he had been injured and out of uniform so nobody really noticed. But, this last weekend he was in uniform so people noticed and it started a firestorm. The response has been varied and intense.

All week this subject has been dominating social media and sports radio. So why did Kaepernick decide to no longer stand during the national anthem? Kaepernick said, “I am not going to stand up to show pride in a flag for a country that oppresses black people and people of color… To me, this is bigger than football and it would be selfish on my part to look the other way. There are bodies in the street and people getting paid leave and getting away with murder.”

Some have praised a football player for making an important statement about racial inequality. Others have pointed out some racist language in Francis Scott Key’s “Star-Spangled Banner”. But, most of the commentary has been very negative. Donald Trump has said that Kaepernick should ” find a country that works better for him” and Sarah Palin has said he should “GET THE HELL OUT” of this country. Yes she used all caps. These are just two of many examples of celebrities commenting on the situation. Many have said that to not stand for the national anthem disrespects the military. Comments have tended to be emotionally charged and measured thoughtful responses have been too rare. One of the more bizarre trends has been the widely circulated and completely unsubstantiated claim that Kaepernick made this stand after converting to Islam. 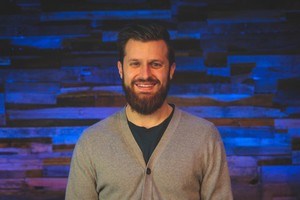 I was thinking about if I should write something about this situation then I saw my wife share a Facebook status from Brian Recker. I’ve known Brian for years. He was the son of my pastor when I lived in NYC and I taught his sunday school class for several years. He is a former Marine and is currently Lead Pastor at One Harbor Church’s Beaufort, NC site. In his status he expressed much of what I have been thinking in a thoughtful and measured way. He kindly agreed to allow me to share his statement here:

I don’t know much about Colin Kaepernick, but I’ve been a bit startled at how violently some have reacted to his act of protest (sitting down during the national anthem to protest racial inequality). Here are a few reasons why I think everybody can just calm down:

1. Even if you disagree with the basis of his protest, we should support his right to peacefully protest. I find it interesting that many people complain about some of the rioting that came out of ‘Black Lives Matter’ and suggest that these groups should find peaceful means of protest, but when someone actually engages in peaceful protest (quietly sitting during a song!) he is told he should leave the country by those same people.

2. I keep hearing that his protest was disrespectful towards veterans. As a veteran, I don’t understand that, and it seems overly sensitive. He didn’t say he was against the military or that his protest had anything to do with veterans, so people are taking up an offense that was never intended. Also, the logic doesn’t hold up. One of the reasons I fought for my country was to protect our freedom of speech and our rights to confront the country/government when necessary. How is it that exercising those rights is disrespectful? If anything, exercising our freedom honors the sacrifice that won those freedoms.

3. I can’t help but wonder that if the reasons for his protest were different, many people would likely be singing a different tune. If, for instance, he said that he was sitting through the anthem because our government allows millions of babies to be aborted every year (another very legitimate reason to protest in my opinion!) would conservatives be as violently angry with him? He might actually be hailed as a hero. It seems like another example of conservative people not listening to the pain of the black community. Of course I believe all lives matter, but when someone is trying to highlight the fact that marginalized black lives matter too, we should be quick to listen (especially those of us seeking to model the compassion of Jesus).

4. Kaepernick is being called unpatriotic, yet he was seeking to honor and bring attention to the lives of hurting and marginalized Americans. What’s more patriotic, honoring “America” or honoring Americans?

5. As a Christian, I’m surprised how angry many Christians are getting about his failure to stand for the anthem. I’ve never seen anyone take up such offense if someone sat and crossed their arms during a worship song to Jesus! It seems like an example of “American civil religion”- Colin defied the liturgy, failed to worship America, and is therefore a heretic worthy of being burned at the stake. I think the early church would have been very confused why so many American Christians are violently angry that someone would defy the empire for moral reasons. I don’t think Kaepernick is a Christian, but he is obviously acting in accordance with his conscience, doing what he believes to be morally necessary. Even if, as a Christian, you disagree with his particular moral reasons, surely you must agree that honoring our conscience and honoring Jesus comes before honoring empire!

Remember why Paul was persecuted:
Acts 17:6-7: “These men who have turned the world upside down have come here also, and Jason has received them, and they are all acting against the decrees of Caesar, saying that there is another king, Jesus.”

Let’s not forget there is another King to whom we have ultimate allegiance.