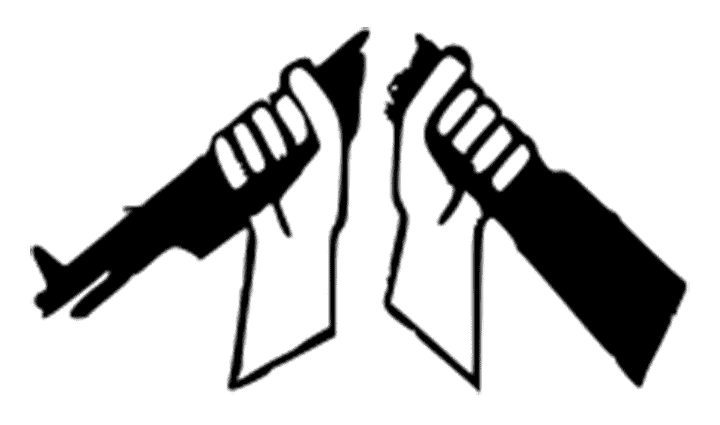 For some faith leaders, the response to tragedy is thoughts, prayer and protest.

The National Rifle Association’s annual convention met in Houston on May 27, two weeks after a racially motivated, 10-person massacre in Buffalo, N.Y., and just days after a gunman massacred 19 children and two teachers at Robb Elementary in Uvalde, Texas. The killings galvanized an already activated anti-gun lobby to show up at the United States’ largest gun lobbying organization’s convention.

Many of the protestors were part of an interfaith effort. The Miami Times reports:

During the demonstration, a security officer restrained and shoved community leader Teresa Kim Pecinovsky. Pecinovsky, who is four months pregnant, was later taken to the Woman’s Hospital of Texas to be checked out.

Pecinovsky, who is affiliated with the Disciples of Christ denomination, was in part responsible for organizing the religious protest through social media upon hearing of the massacre. With the help of Megan Dosher Hansen, she reached out to Muslims, Jews, Buddhists, Catholics and members of other Protestant denominations, gathering over 400 people who agreed to demonstrate.

Interfaith leaders continued their protest following the heated incident with public speeches made by representatives of the Christian, Muslim and Buddhist faiths. Some admitted to owning a gun themselves, still seeking accountability, while others spoke of the inherent dissonance between the weapon and peace.

One of the activists who actually made it into the convention’s NRA Prayer Breakfast on May 29 was Shane Claiborne, who attended after an anonymous member concerned about gun violence gifted him and others tickets. “ After the Pledge of Allegiance & National Anthem, we felt compelled to read the names of the victims. We were escorted out by police,” Claiborne wrote on social media.

”After the Pledge of Allegiance and National Anthem, and words from sponsors and Board members… there was no mention of the victims of gun violence. We felt compelled to pray for them by name and invited everyone to pray with us.

After the first name was read, we were threatened with arrest and escorted out by police – for praying at a prayer breakfast. So once we were outside the Convention Center, on public property, three of us prayed the prayer we had hoped to pray inside… would you join us in this prayer? “

Claiborne is best known for writing about Christian anarchism, anti-consumerism, leading a project that converts guns into farming tools, and Red Letter Christians.