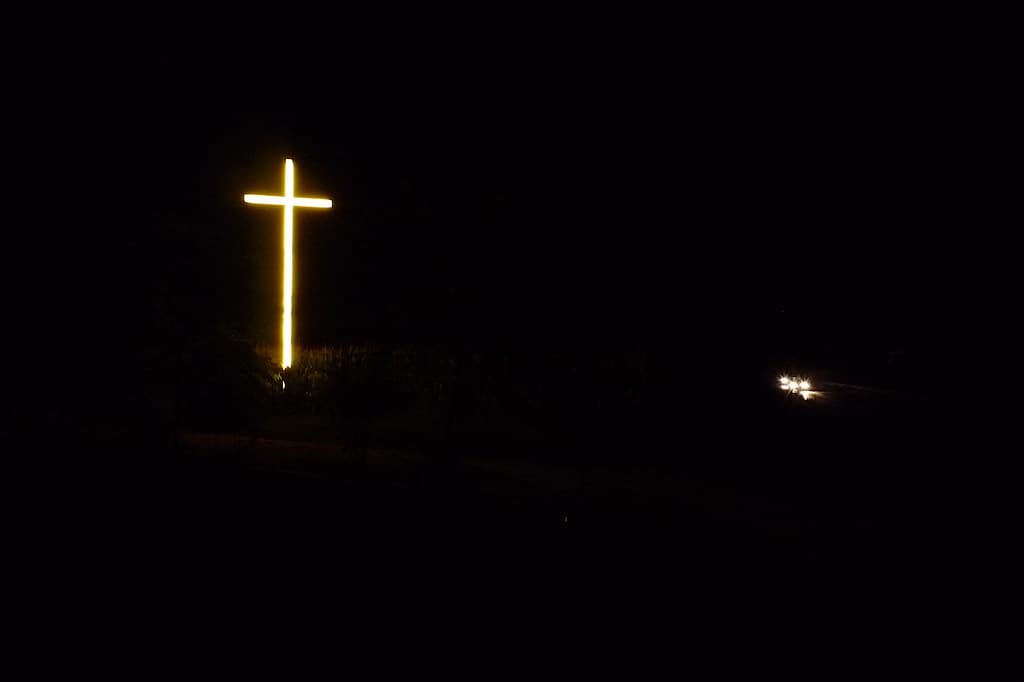 A decades-old, 100-foot cross in North Carolina has become the center of new controversy — in part because it’s not clear who owns it.

The cross  has been on the government property where it is located for decades, but recent lightings have made it visible to surrounding residents. The location of the cross on public land has also raised concerns about the division between Church and State. Some have also complained that the light interferes with a nearby observatory.

A massive cross in North Carolina is the center of controversy after allegations have come forward that the Christian symbol is lit and maintained through taxpayer money.

The cross in Yancey County stands over 100 feet tall, and it sits on a fire tower on a mountain overlooking the town of Burnsville, according to a report.

The cross has looked over the town for close to 60 years, but it was recently relit, which was the catalyst for the controversy, the report noted.

A significant number of residents are demanding the religious symbol be removed from state land, according to the report.

“I personally am not a huge fan of it,” one resident said.

Another launched a Facebook page under the name “Turn off the Burnsville cross that is on state land.”

“We’re just hoping if we get enough of our message out there that people will back us and hear it, and maybe somebody in the state will eventually hear it and come into the county and look into what’s happening,” Steve said.

“People keep saying that we’re trying to attack their religion, but it’s really not. If there was any symbol that was up there from any religion by itself, people would have been up in arms.”

The cross also causes scientific problems, according to the resident.

He explained how the bright light from the cross drowns out the stars people are trying to observe from the nearby Bare Dark Sky Observatory.

However, the administration at Mayland Community College, which operates the observatory, did not criticize the cross.