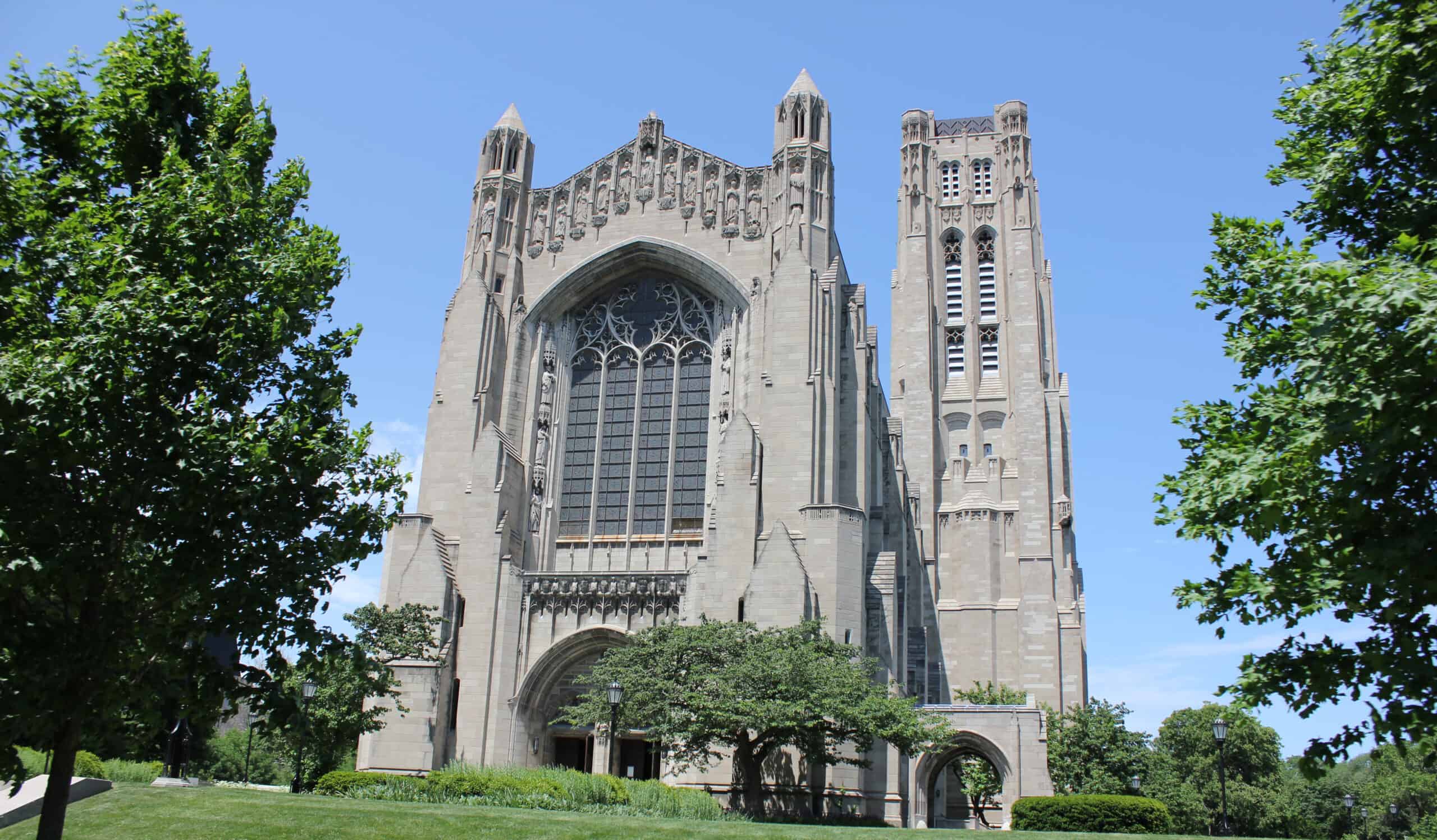 Inspired by the convergence of a number of religious holidays of different faiths in April —Passover, Easter, Ramadan, Ram Navami, Vaisakhi and Ridvan — an interfaith Trolley in Chicago offered a tour of five religious sites in southeast Chicago on April 24, the date Orthodox Christians celebrate Easter.

The tour included talks by religious leaders as well as laypeople from various religious groups. The five religious places included in the tour included Rockefeller Chapel, Ebenezer Baptist Church, Clarent Centre, KAM Isaiah Israel and Masjid Al-Taqwa. After visiting the five worship centers, the passengers were taken to the Chicago Theological Seminary, where a special interfaith iftar awaited them.

Perhaps more reminiscent of speed-dating than a comparative religion course, the tour made brief stops at five religious sites across southeast Chicago, hearing from a series of faith leaders and lay people from different religious groups.

Sponsored by local faith institutions such as American Islamic College, the Lutheran School of Theology, Chicago Theological Seminary, the Parliament of the World’s Religions and the Hyde Park & Kenwood Interfaith Council, the trolley was intended to promote interfaith understanding and cooperation.

“This was a beautiful event, far more beautiful than I expected,” said Kim Schultz, coordinator of creative initiatives at the InterReligious Institute, part of Chicago Theological Seminary. “The words shared and the community shared really struck my heart.”

“This is an incredible opportunity to come together to educate our communities and shape the public narrative about what it means to live well together amidst our religious and cultural diversity and difference,” organizers said in announcing the event.

At the Rockefeller Chapel, Mayher Kaur, the leader of the Sikh Student Association gave an overview of Sikh practices and explained that Sikh gurus worked to overcome India’s caste system. A Hindu student told participants about Ram Navami, a Hindu holiday that fell on April 10 that celebrates the birth of Lord Rama, whose story is told in Ramayana. Shradha Jain, a Jain student spoke of her faith’s beliefs and the April 14 festival of Mahavir Jayanti, marking the birth of Jainism’s founder.

At Ebenezer Baptist Church, Patricia Butts, the church’s clerk, recounted the congregation’s musical history — Thomas Dorsey, composer of “Take My Hand, Precious Lord,” founded an early gospel choir there in the early 1930s before moving to Pilgrim Baptist Church, where the former bluesman was music director for half a century. Meeting in a former synagogue, Ebenezer remains known for its gospel music and its annual performance of Handel’s “Messiah.”

At the Claret Center, which offers “resources for the human journey,” passengers learned about the center’s offerings of spiritual direction, meditation and acupuncture, then heard a brief meditation from Heiwa no Bushi, a BodhiChristo teacher from North Carolina, whose spiritual teaching merges Buddhism and Christianity. Bushi encouraged his listeners to “love wastefully” rather than filling their minds with worry.

At KAM Isaiah Israel, a Reform Jewish congregation whose Hyde Park neighbors include President Barack Obama, Rabbi Frederick Reeves explained how the congregation was formed over decades as several Jewish synagogues — one of them the oldest in the state of Illinois — merged, gathering in their current building in the 1920s. He also told visitors about the Jewish observance of Passover, noting that one of its key elements is that it is celebrated at home, meaning every family makes Passover their own.

The tour ended up at the Masjid Al-Taqwa, a predominantly Black mosque whose members are renovating their own building after worshipping in rented space for years. Most of the renovation is being done by members of the community.

“You’ve got to dig deep. And then you have to roll up your sleeves,” Imam Tariq El-Amin told his guests.

On the ride back to the Chicago Theological Seminary for an interfaith iftar, Saba Ayman-Nolley, a retired professor and president of the Hyde Park & Kenwood Interfaith Council, gave an overview of the Baha’i celebration of Ridvan and of the interfaith council’s charitable work. That work includes food pantries, assistance to the homeless and resettling of refugees.