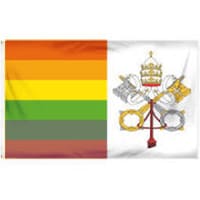 A number of Catholic bishops in the U.S. have signed a statement titled “God is On Your Side,” which condemns bullying LGBTQI+ people. The statement also highlights that the Catechism of the Catholic Church — the official teaching compendium of the Church — says that LGBTQI+ people should be treated with “respect, compassion and sensitivity.”

“All people of goodwill should help, support, and defend LGBT youth; who attempt suicide at much higher rates than their straight counterparts; who are often homeless because of families who reject them; who are rejected, bullied and harassed; and who are the target of violent acts at alarming rates,” the statement reads.

The signatories included a cardinal and an archbishop, and Archbishop John Wester told Jesuit-aligned America magazine that his signing on was to let young people know they are children of God.

A former high school teacher, Archbishop Wester said bullying can be especially toxic for young people who are trying to come to terms with their sexual orientation, especially when either they or others misinterpret church teaching on homosexuality to convey the notion that being gay itself is sinful.

He added, “I think it’s tragic that young people in the L.G.B.T. community are bullied and made fun of,” calling it “another form of bigotry and prejudice that we see in our country today.”