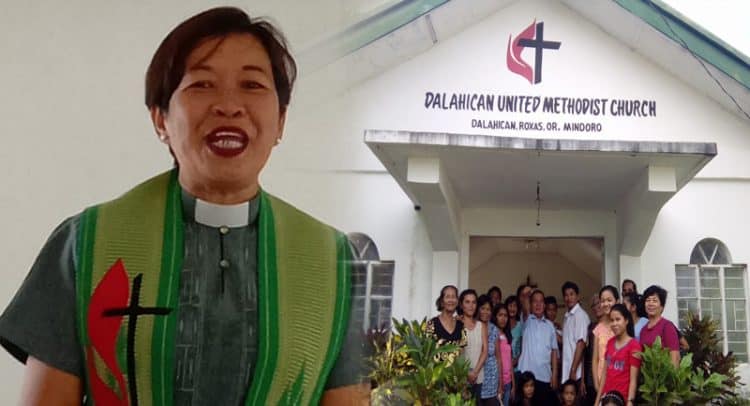 A Methodist group in the Philippines is calling for the government to drop an attempted murder case against a pastor whose social justice work has sometimes brought her under scrutiny.

The Rev. Golfie Baluntong has been charged in connection with a March 25, 2021, incident that will see her facing a court for alleged violation of her country’s Anti-Terror Law.

The problem with the government’s case? Her supporters say she was seen publicly performing a funeral at the time of the alleged incident. UM News reports:

She and her supporters claim she is innocent, and that the charges are part of a larger campaign of “red-tagging” designed to silence her and other activists who support the rights of indigenous people and the poor throughout the country.

Baluntong has been under government scrutiny since 2019 due to her work with the Mangyans indigenous group on the island of Mindoro. She has stood with the Mangyans in their fight to protect the environment and uphold their rights and also offered sanctuary to those fleeing violence.

Baluntong told UM News that she’s had to cease pastoral duties because of the criminal charges, but that she is “never ashamed nor scared.” UM News continues:

But this has been a blessing instead. It raises awareness among our ranks. With the prevailing severity of the human rights violation — making trumped-up charges and red tagging to human rights defenders including the clergies — how does the church respond to this?”

In addition to having served as the superintendent of the Oriental Mindoro-Romblon-Marinduque District, Baluntong served more than two decades of service as a deaconess. Her current appointment is as a National in Mission, a United Methodist Global Ministries position. UM News continues:

The National Council of Churches in the Philippines also issued a statement, which Minnie Anne Mata-Calub, deputy general secretary, read during the gathering.

“We call on the NCCP member churches to pray and stand with Rev. Glofie Baluntong, with The United Methodist Church and with all the human rights defenders who are being persecuted because of their ministry and service to the poor. …

“Let us not allow another ‘red-tagging’ and ‘arrest and killing’ to happen in our time. Let us stand together with courage, faith and hope and call for an end to the attacks on church people.”