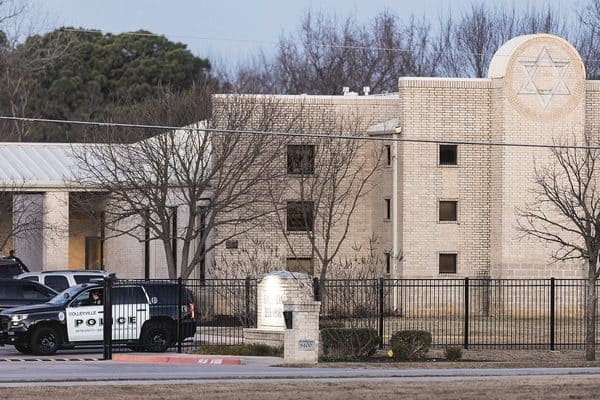 Antisemitism is nothing new in a world still all too familiar with the haunting images of the concentration camps of WWII and the emaciated survivors of the Holocaust. However, after the atrocities perpetrated by the Nazis on the Jewish people, it should be harder to believe we haven’t come a little bit farther as human beings.

Is it really that hard to believe, though?

Religion and violence have been intertwined since the beginning of time. And without violence and suffering where would the modern idea of religion be?

This could not have been more evident than this past Saturday after a radical antisemite held four people hostage at a Texas synagogue.

A British national, Malik Faisal Akram, 44, wasn’t on the radar of authorities despite having already made terroristic comments regarding 9/11. In fact, the F.B.I. initially reported that the attack was “not related” to the Jewish community. This, however, did not prove to be the case. Moreover, the F.B.I. is now investigating the attack as an act of terrorism.

Many non-Jewish people were also taken aback by the F.B.I.’s quick dismissal of antisemitism and religious extremism being behind the attack.

It is true that Akram wanted to use the four hostages as leverage for the release of a Pakistani woman sentenced to 86 years in a Fort Worth prison for trying to kill American soldiers in Afghanistan. It wasn’t his only reason for targeting the synagogue, though.

Akram entered the synagogue armed and was heard on a livestream of the attack speaking ill of Jewish people, stating that the U.S. “only cares about Jewish lives.” Akram’s radical beliefs were on full display as he targeted the Colleyville, Texas synagogue, setting out on a conspiratorial, antisemitic agenda.

As aforementioned, antisemitism is nothing new, and the Holocaust is a prime example of that. Stemming from a great conspiracy theory of global proportion, antisemites typically despise Jewish people for attaining some semblance of “world domination”.

According to the F.B.I., conspiracy theories are only adding fuel to the fire when it comes to religious extremism. In 2019, a F.B.I. office in Arizona issued a bulletin stating that conspiracy theories are inspiring more domestic terrorists than ever. Such antisemitic, discriminatory thinking only normalizes extremist behavior, furthering an already drastic way of thinking.

This is nothing new, though, and intense radicalism often leads to extremist behavior. Whether it be out of religious persecution or something equally sinister, these types of beliefs can be destructive, and in the worst possible way. One becomes blind to any other religions or religious affiliations, and mere tolerance becomes impossible.

Akram was killed by an F.B.I. team eleven hours into the standoff, however. Fortunately, no one else was injured or hurt. The ordeal definitely could’ve ended under very different circumstances.

Attacks on Jewish people are actually on the rise, though, according to the Anti-Defamation League. Most incidents involve harassment and vandalism, but there have been six occasions where attacks have turned fatal since 2016 alone.

Faith-based communities will also continue to be targets of violence, according to the deputy director of the F.B.I. and the top intelligence official at DHS. Although these attacks will come from both domestic and foreign adversaries, radicals and extremists will most definitely be leading the way.

With a backbone hidden under the guise of a moralistic nature, radicals are almost militant in their adamancy of their beliefs.

Such radicalization marginalizes both sides of the aisle; extremists usually follow a strict, discriminatory set of ideals that in turn sidelines those on the other end of their wrath. Such thinking can be self-destructive in and of itself, creating delusions of grandeur based off a strategic selfishness in order to not only create and push propaganda, but also to annihilate the other side’s principles and views.

Many religious radicals adopt an almost kamikaze-like approach to standing up for their beliefs. It’s all or nothing with extremists, which in turn creates an even more hostile environment for those on the other end of the wheelhouse.

I will again say that this is nothing new. There has always been contention between certain religions or sects of certain religions. Religious extremism has always existed on some level, but as the world continues to progress and change so do the methods and far-reaching consequences. According to one report, extremists were praising the attack on the Texas synagogue as a triumph while discussing future plans and attacks. Some even said they wished the hostage-taker had been a white Christian.

This type of divisiveness is extreme in and of itself. It seems almost impossible to believe we live in a world where religious radicalism is becoming a little too normal. And normalizing the radical is dangerous and threatening to us as a human collective on a whole other level. It is one thing we cannot afford to let happen. We must stand up against religious extremism. If we don’t, it is at our own peril. 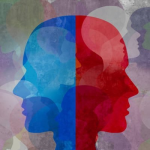