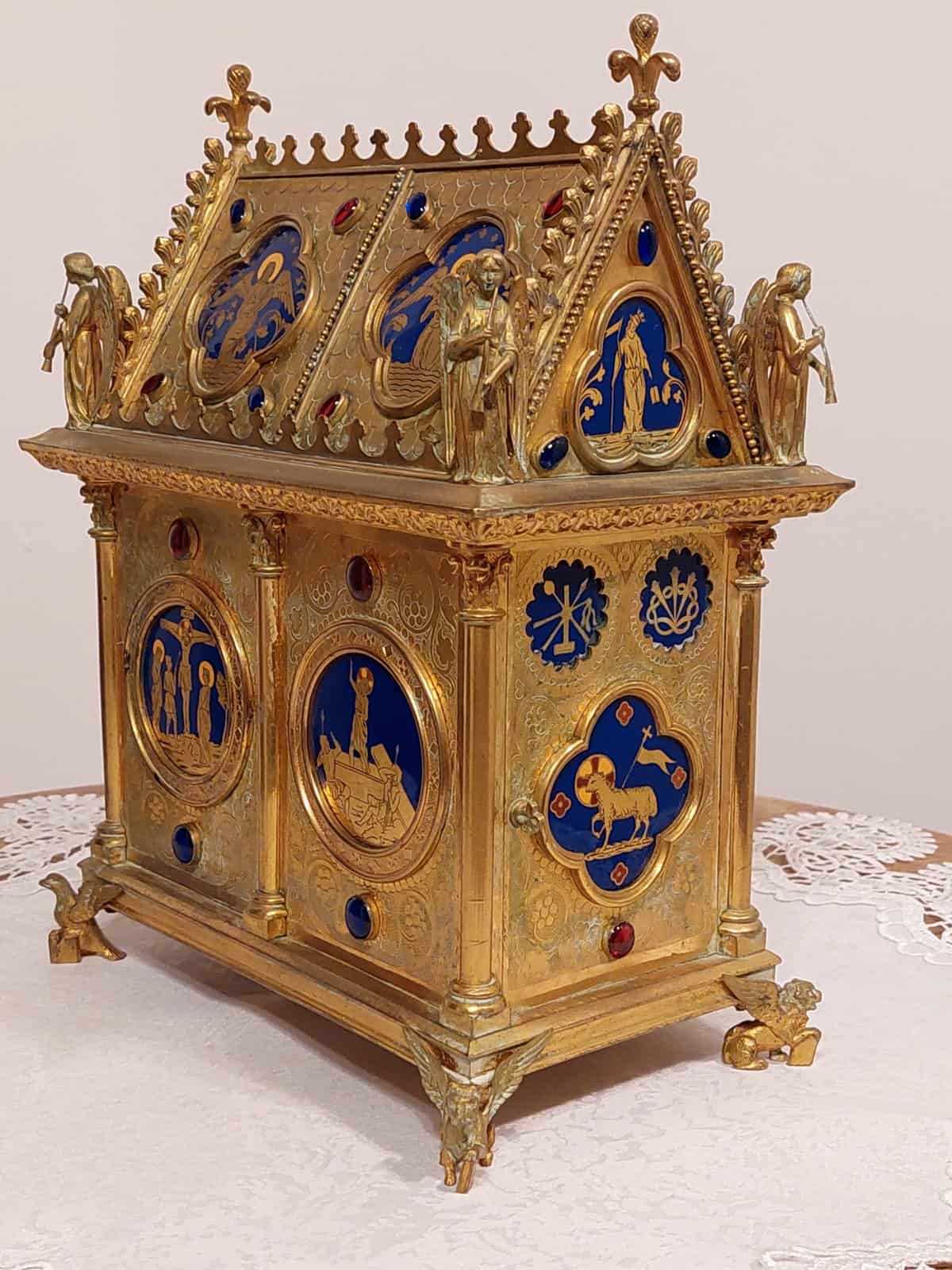 Dutch art historian and crime investigator Arthur Brand, also known as the “Indiana Jones of Art,” has recovered a 2000-year-old relic containing lead vials of the Precious Blood of Christ.

Thieves stole the relic from Fécamp Abbey Church in Normandy, France, on June 2.

Fearing a curse, they ultimately decided to leave the relic on the detective’s doorstep at midnight. Brand, who is famous for recovering stolen art pieces, revealed that the thieves first contacted him via Protonmail.

“The vials are said to contain drops of the blood of Jesus Christ, taken when he was hanging on the Cross. The theft came just a couple of weeks before the ‘Mass of the Precious Blood’ ceremony, during which pilgrims descend upon the abbey to worship.

After the relics were stolen, Brand was contacted by email by someone tangentially connected to the theft.

‘When they realized what it was, that you, in fact, cannot sell it, they knew they had to get rid of it,’ Brand told the AFP. He suggested even that the person who contacted him feared divine retribution. ‘To have the ultimate relic, the blood of Jesus in your home, stolen, that’s a curse.'”

Brand then instructed the person who contacted him to leave the relic on his doorstep and then ring the doorbell. He also believed that it would be too dangerous to get the police involved.

“‘These people know my reputation and that the most important thing is to return this to the church. Hopefully, it will stand for another thousand years,’ Brand said.

Once his contact agreed, he waited at home night and day for the package to arrive.

‘A couple of days later, at 10:30 in the evening, the doorbell rang. I looked from my balcony outside, and in the dark, I saw a box. I ran down the stairs, afraid that someone would take the box. Outside I looked around, but there was no one there,’ said Brand in an interview with the BBC.”

Brand also posted about the unusual event on Twitter.

“‘I recovered the legendary ‘Blood of Jesus’ of Fécamp (‘Précieux Sang’), one of the oldest and holiest relics of the Catholic Church. Said to contain blood drops of Jesus Christ, collected in the Holy Grail from his wounds at the Cross. Stolen on June 2, 2022, in France. AMEN!’

Brand also said finding the relic was “a religious experience.”

‘As a Catholic myself, this is about as close to Jesus and the legend of the Holy Grail you can get,’ he said.'”

The detective returned the relic to the police on July 12, and the authorities will take it back to the abbey. Brand is confident that the relic is genuine.