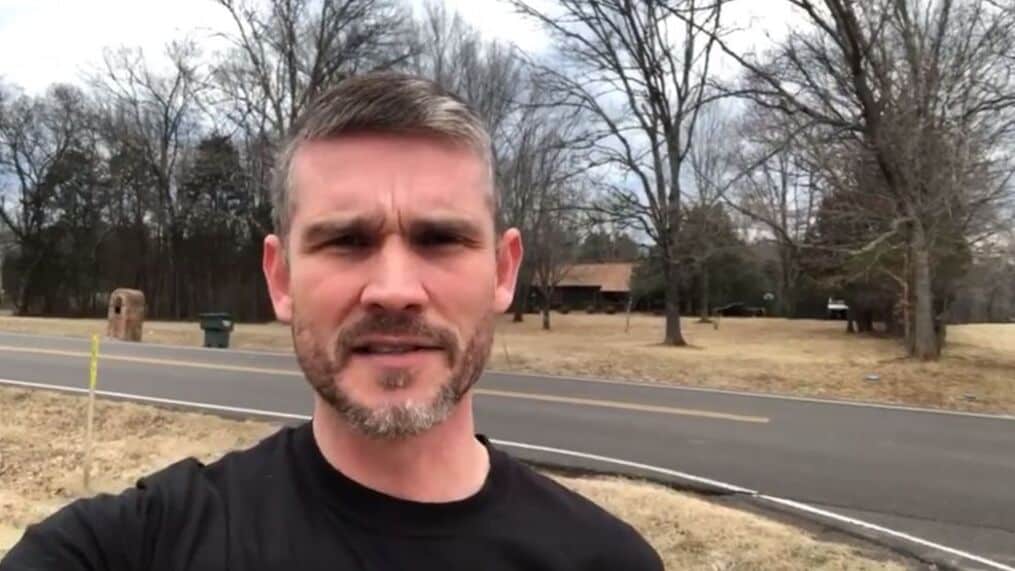 Tennessee preacher Greg Locke made an announcement Sunday that shocked his church when he stood to preach: witches were in their midst.

His source of this information? Locke said from the pulpit that demons informed him there were ‘full-blown, spell-casting’ witches in his congregation.

(RNS) — The offering was over and the worship team at Global Vision Bible Church had just finished singing “Oh How I Love Jesus” when the Rev. Greg Locke began telling his church about his conversations with demons.

Those demons, he said, had revealed the names of a group of “full-blown, spell-casting” witches who’d been sent to infiltrate Global Vision, a nondenominational church west of Nashville, Tennessee, where Locke is pastor.

“To God be the glory, I lie not,” he told the congregation at Global Vision on Sunday (Feb. 13), which was meeting in a packed tent on the church’s property. “We got first and last names of six witches that are in our church. And you know what’s strange, three of you are in this room right now.”

During the sermon, Locke went on to say:

Locke told the congregation that he’d gotten the names while casting a demon out of a woman who had recently begun coming to Global Vision. The preacher, known for his sensationalist sermons about politics and COVID-19 skepticism — went on to describe the exorcism in detail, quoting a demon with scruffy voice who accused worshippers at the church of being witches.

Two of the witches were in his wife’s Bible study, said Locke, who warned the alleged witches not to make a move during his sermon. He then retold the New Testament story of Jesus casting a demon out of a man and into a herd of pigs, turning it into an extended monologue about witches in the church.

Locke is no stranger to controversy and turmoil. Online sources say Locke was often in trouble with the law as a teen, and was eventually sent to a boys’ school in Murfreesboro, Tennessee at the age of 15. It was there that he embraced Christianity.

When major retailer Target announced they would offer patrons gender-neutral restrooms in 2016, Locke proclaimed his outrage on the internet in a vlog over the store’s actions, saying “…You have lost your ever-loving mind. Are you kidding me? Your political correctness has caused you to do something extraordinarily stupid.” That event appears to mark the start of regular public social media posts, vlogs, and videos railing against many controversial topics, including COVID-19, masks, and the vaccines.

While his statements about COVID-19 resulted in Locke’s suspension from Twitter in September 2021, his popularity has continued to soar on Facebook, Instagram, and his YouTube channel, which have a combined total of nearly 3 million followers.