White privilege in the White House 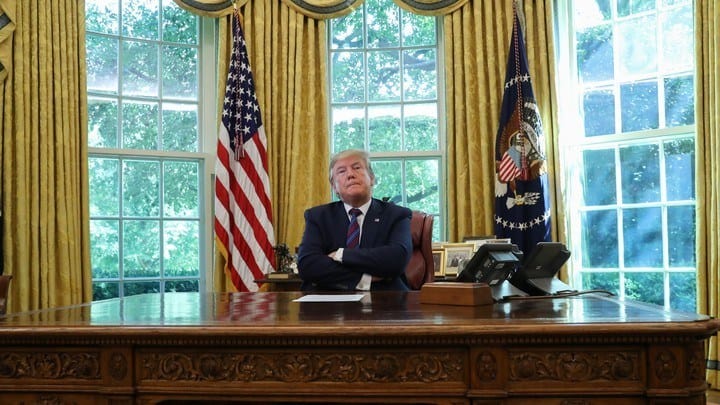 If the Presidency of Donald J. Trump has one overarching theme thus far, it would have to be the attempt to undo everything the Obama administration accomplished. In fact, the Trump presidency “brand” could simply be captioned “Anti-Obama”— a label that both appeals to Trump supporters while simultaneously angering his opponents.

Yet no matter where you land on the policy debates surrounding the actions of President Obama, even a cursory survey will reveal that most of the Obama legacy remains despite the efforts of Trump to reverse them. For example, Obama care is still existent, even given all of its problematic issues and implementation questions that are now before the courts; to date, the Republicans have failed to repeal or replace The Affordable Care Act. Even in matters of foreign policy, it is difficult to imagine that the pragmatic approaches and strategic displays of strength are all that different now compared to what they would have been given a continuation of an Obama-like administration. With perhaps the assassination of Iranian General Soleimani and the controversial call to Ukrainian President Zelensky being notable exceptions, with Obama (and now continuing with Trump), the affairs of the world turn in problematic directions with a complexity of issues.

A head-to-head comparison of President Trump to President Obama, mostly in relation to temperament and character, illustrates the double standards by which we assess leadership in our nation. Such a contrast reveals very clearly the privileged position occupied by white leaders when compared to their black counterparts.

For example, the Obamas have been married for twenty-eight years with no marital scandal to report. Barak Obama made a living by teaching at The University of Chicago Law School and advocating for poor and marginalized communities. Donald J. Trump has been married three times, and has had at least one confirmed affair with porn star Stormy Daniels, a mistress Trump authorized to pay $130,000 prior to the 2016 election for her agreement to keep the tryst quiet. My point here is not to exclusively condemn President Trump for egregious moral failures, nor to suggest that this in any way prohibits him from carrying out the duties of his office, although I do have an opinion on these serious character flaws. Rather, my point here is to draw attention to the way this behavior was quickly excused, justified, or dismissed out of hand by Trump supporters. Imagine how President Obama would have been vilified by white America had he engaged in any of the sexually questionable behavior engaged in by President Trump. 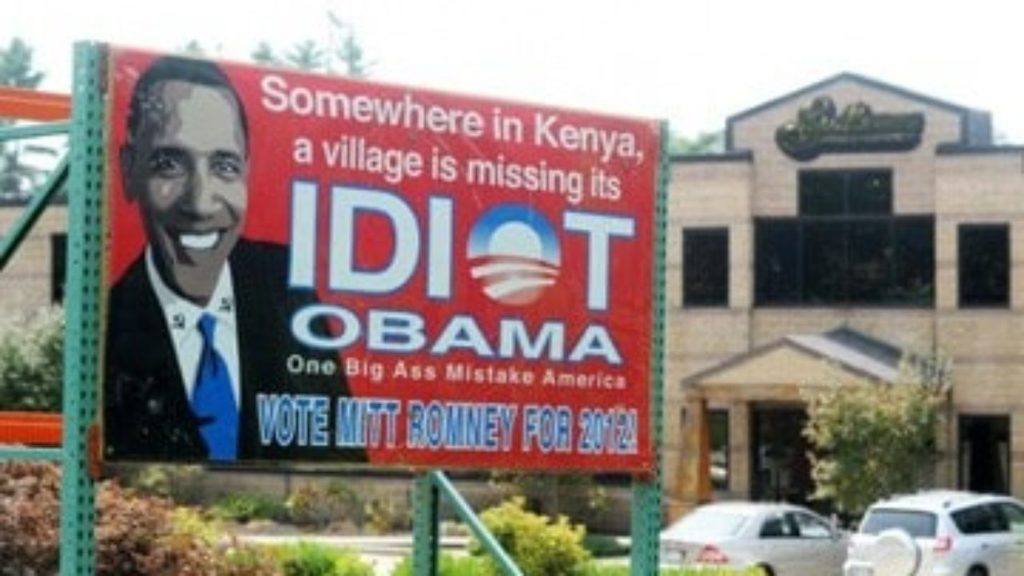 Yet given the exemplary behavior of President Obama as a husband, father, and citizen, he is maligned to this day with the continued perpetuation of false accusations concerning his birth, religion, and loyalties. And in these instances, the differences in how the two Presidents are treated stretches the bounds of credulity. President Obama has consistently said publicly that he is a Christian. Yet many of his critics continue to circulate false claims that he is, in fact, a Muslim. President Trump has also said publicly that he is Christian, while at the same time stating that he has never asked God to forgive him. And most recently he utilized the National Prayer breakfast to celebrate his acquittal, openly saying that he wasn’t sure if he agreed with the command of Christ to “love others as we love ourselves.” Yet relatively few are willing to question Trump’s confession of Christianity, with many going to great lengths to justify his incongruent words and actions.

This energetic embrace of the 45th President and equally energetic dismissal of the 44th President by many in Christian white normative circles is emblematic of a larger effort to sustain white mediocrity while attempting to take out black excellence at the knees.

As Ta-Nehisi Coates eloquently writes in a 2017 article for The Atlantic,

“Whiteness in America is a different symbol—a badge of advantage. In a country of professed meritocratic competition, this badge has long ensured an unerring privilege, represented in a 220-year monopoly on the highest office in the land. For some not-insubstantial sector of the country, the elevation of Barack Obama communicated that the power of the badge had diminished. . .For the preservation of the badge, insidious rumors were concocted to denigrate the first black White House. Obama gave free cellphones to disheveled welfare recipients. Obama went to Europe and complained that “ordinary men and women are too small-minded to govern their own affairs.” Obama had inscribed an Arabic saying on his wedding ring, then stopped wearing the ring, in observance of Ramadan. He canceled the National Day of Prayer; refused to sign certificates for Eagle Scouts; faked his attendance at Columbia University; and used a teleprompter to address a group of elementary-school students. The badge-holders fumed. They wanted their country back.”

And Whiteness in America would take it back in the form of the election of Donald J. Trump. Andrew Marantz in his book Antisocial details this phenomenon via the explanation of the Overton window; “a metaphor invented in the 1990s by a libertarian think tank to explain how cultural vocabularies fluctuate over time.” Those ideas, political philosophies, and candidates clearly visible at the center of the window are those which are universally acceptable. In cultural terms, they are mainstream. The outer edges of the window represent the more controversial, novel, or radical ideas, philosophies, and candidates. The Overton window would suggest that for those in the white community the election of Barak Obama in 2008 was a major shift in what we thought possible. That major shift (in what was considered mainstream) required an equally radical response in 2016. Enter Trump—a candidate who perhaps at any other time in American history, and indeed in 2015, was considered by most unelectable, secured the Republican nomination and ultimately the presidency. Trump shattered the Overton window.

Marantz goes on to point out this shattering of the window in favor of what many had relegated to the radical fringe of the GOP, wasn’t a novel concept, but one that had been in development for years. According to Marantz, “Steve Sailer, a prolific opinion columnist with a small but passionate online audience, had reached the conclusion. . .that Republicans should drop their disingenuous platitudes and campaign openly as a white-identity party.” Sailer reached his conclusions by analyzing exit-poll data in November of 2000, and “he demonstrated that if Bush had increased his share of the white vote by just 3 percent –if 57 percent of white Americans had voted for him, rather than 54 percent—he would have won in a landslide.” Sailer concluded even if Bush had lost every non-white vote, by these percentages he would have still won. Sailer demonstrated again via exit-poll data in 2012 the viability of what was then known as The Sailer Strategy. This strategy suggested a white GOP candidate need not be bothered with appealing to politically correct sensibilities, but could simply appeal to white voter concerns “without making any overtures to Hispanic voters, or to any other minority voting blocs. All he needed, again, was more white votes—specifically, more support among working-class white men in the Rust Belt.” In 2016 Donald Trump went all in with The Sailer Strategy. A strategy that had been tried two decades before with less success. 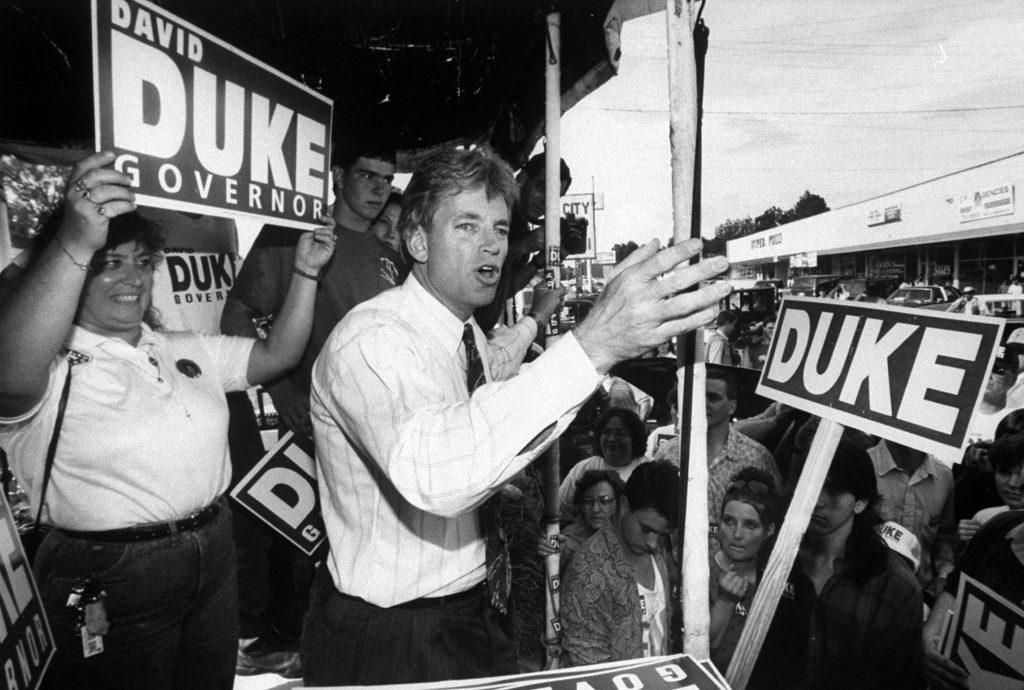 In 1990 I was 19 and had taken a summer job at the Pentecostal camp meeting in Louisiana. The weeklong gathering was a celebration of all things Pentecostal and attracted upwards of 10,000 people from across the state. Thursday night was set aside for state and local politicians to make their appeal to the mostly white Pentecostal constituency. 1990 was the year the founder of the Knights of the Ku Klux Klan David Duke, having been elected to the Louisiana House of Representatives, was running for Governor. After he was introduced and addressed the crowd to welcomed applause, I turned to a quintessential white “church lady” who was hosting me and a friend in her home. In the best confidence I could conjure as a 19-year-old, I said to her, “I’m not sure how comfortable I am with some of the views of David Duke.” She responded, “I like him. I hate [the N-word].” To my shame, I didn’t say anything. The moment passed, the choir resumed singing, the congregation resumed clapping, and David Duke later came in second place receiving 32% of the vote for governor. Then, in 2016, Donald J. Trump reportedly received 81% of the white evangelical vote utilizing a similar strategy to that of Duke.

I would like to think we have progressed as a nation since 1990; however, the concerted efforts on the part of white America, many of whom claim to embrace Christ, to dismiss the exemplary character of President Obama, and in many instances disparage his character and at the same time and often with the same breath excuse, defend, applaud and even reward President Trump illustrates that nothing much has changed, and perhaps it is even worse. White privilege and white enablement of this White House are flourishing.