Not all idols are made of stone: Evangelical idolatry and the midterms 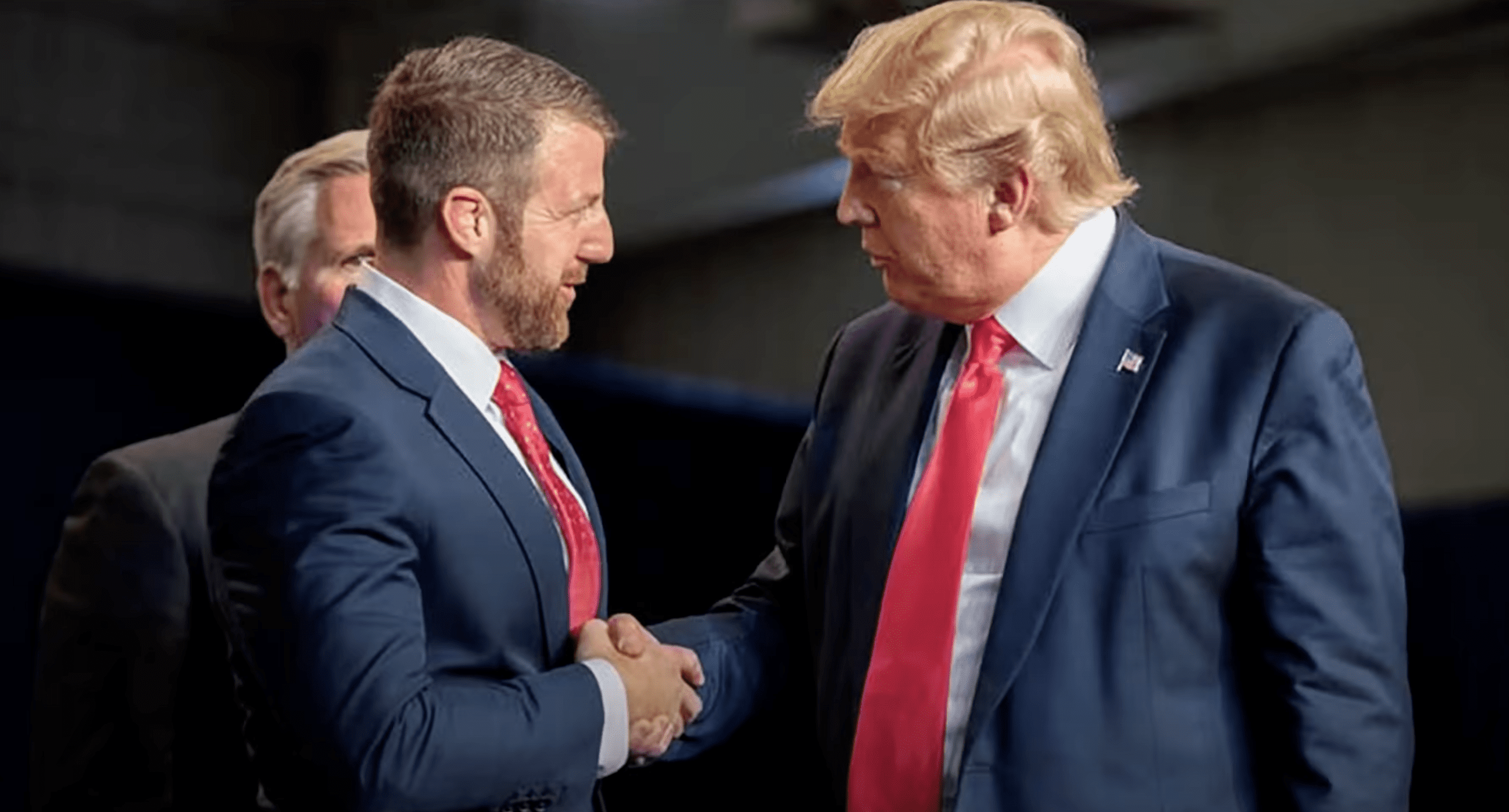 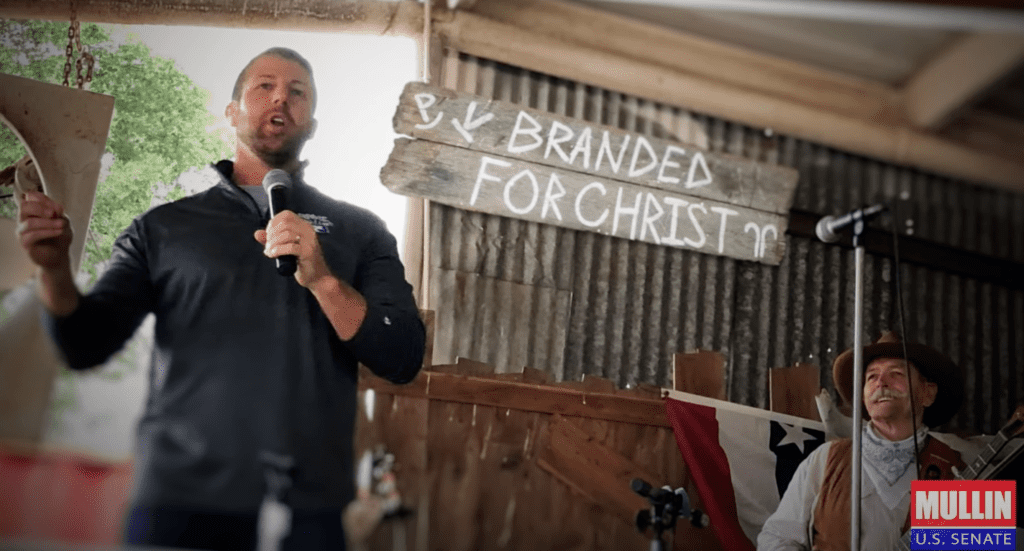 It was the philosopher William James who observed in his The Varieties of Religious Experience, “there can be no doubt that as a matter of fact a religious life, exclusively pursued, does tend to make the person exceptional and eccentric.” If anyone has any doubt as to the truth of James’ observation, he or she should look no further than the television screen during election season. As the campaigns for the 2022 congressional midterm elections heat up, once again my local stations are serving up the worst examples of the eccentric, if not the exceptional, when it comes to the conflation of faith and politics.

For example, Oklahoma candidate for the United States Senate, MarkWayne Mullin makes it clear where his loyalties lie in his campaign commercial entitled “You don’t want to fight with him.” The title sums up the theme of the ad and is pulled from a Trump rally where the former President endorsed Mullin. The commercial ends with Trump in full-throat shouting “MarkWayne Mullin, you don’t want to fight with him!” Throughout the ad, Mullin plays up the theme of being a candidate who is willing to fight for Christian values that (according to the ad) are under threat.

The irony wasn’t lost on me and prompted me to contemplate how the Christian faith I hold near and dear (and one I consider to be a religion of peace) has devolved into what Mullin describes in his commercial as a religion that is no longer recognizable as Christianity. Mullin depicts a Christianity that is centered in Western notions of masculinity, patriarchy, and white normative expectations, as no people of color are featured in the ad. Mullin’s depiction of what it means to be a Christian is juxtaposed with the example of Jesus in Scripture and would leave even the most charitable among us scratching their head as to what religion Mullin is actually representing. The Bible tells us that Jesus, when faced with actual threats, behaved very differently than how Mullin says he would face the imaginary threats depicted in his commercial.

Jesus, when faced with real physical violence against him and his followers, surrendered. Jesus, when giving instruction as to how to treat one’s enemies, said to pray for their blessing and feed them. Jesus, when instructing his followers on how to respond to being robbed, counseled them to find some additional items to give away to the thieves. Jesus, when teaching his disciples on how to respond to a physical assault, famously said “turn the other cheek” and when one of his disciples pulled out a weapon to defend Jesus from unlawful arrest, Jesus said “Peter, put away your sword.” 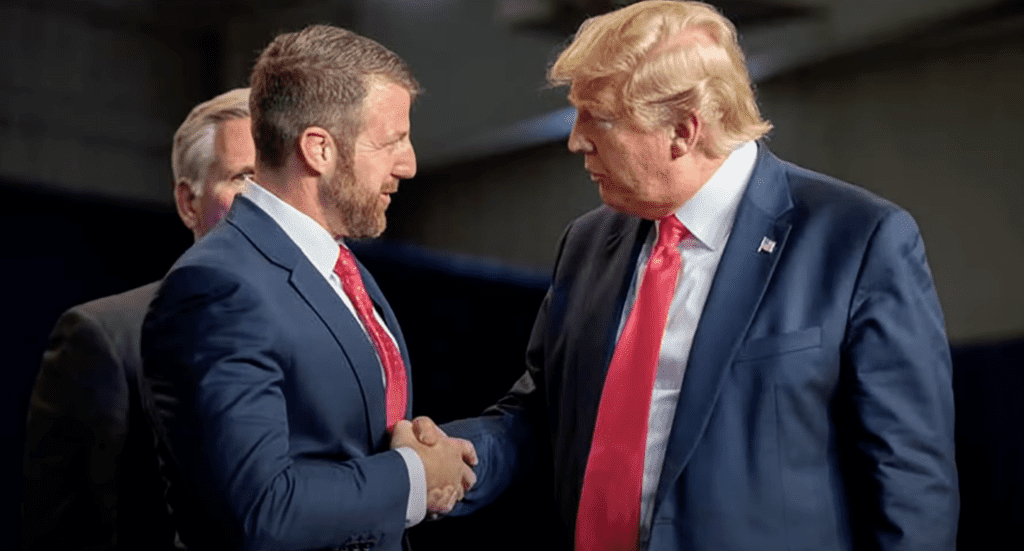 Evangelical voters who are enamored with candidates like Trump and Mullin are betting on the benefits of trading biblical fidelity for political expediency. This approach is a philosophy that biblical narratives often depict as idolatry, and rightly condemn, as idols are poor substitutes for the genuine deity. For example, the Old Testament book of Numbers tells the story of Balaam the prophet who entered into a “Prophet for hire” scheme with Balak, the king of the Moabites, to defraud Israel out of a blessing that belonged exclusively to them. Famously, Balaam was deterred from carrying out the scam due to a recalcitrant donkey, and eventually he was stopped by a bout of divine ventriloquism, when God only allowed blessings for Israel to come out of his mouth. Balaam later framed his incompetence to Balak by confessing “I cannot go beyond the Word of God to do less or to do more” (Numbers 24:13). Balaam was hired by Balak because as a reputable prophet, he possessed the credibility to curse Israel with a perceived authenticity. Although Balaam failed in his attempt to secure the idols of money, status, and power for himself by vying for the favor of a pagan king, it seems American evangelical voters have yet to learn from his example. If not for some recalcitrant Democrats and a few Republican deviants, this amalgamation of pious political posturing may once again be rewarded. As sometimes images, values, and themes are conflated for the express purpose of manipulating voters and defrauding them of the very freedoms the rhetoric promises to defend. Trump, Mullin, and politicians of their ilk are attempting to trade on the credibility of Christian values to dupe voters to cast ballots for people and policies that are contrary to their own best interest.

Pastor and author Timothy Keller has written extensively about the connection between modern-day idols and the promises they are incapable of keeping. Keller writes about the human tendencies to pursue the false gods of comfort and power, precisely because we deem the one true God too insistent on delaying gratification. In his campaign ad, Mullin and the politicians like him make promises utilizing the language of Christianity in an attempt to convince would-be constituents that the politicized version of Christianity is one that is more effective in delivering the rewards of power and comfort. But like all idols, those not made of stone are as incapable of delivering on their promises as they are at telling the truth.