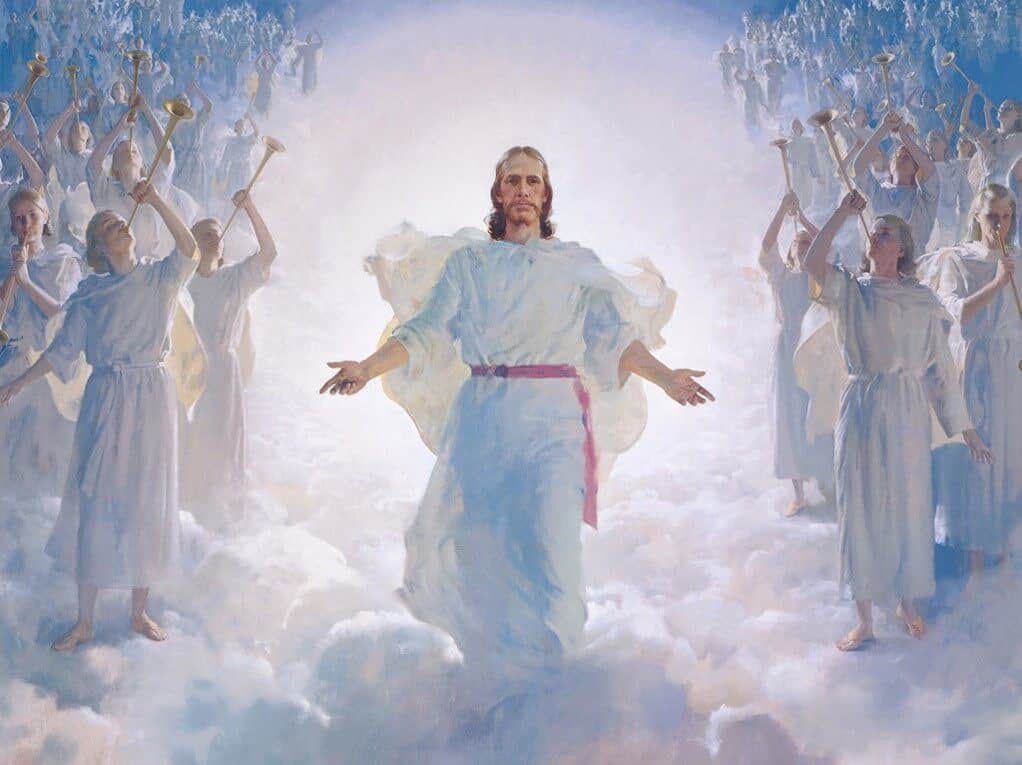 This is the third part of the Mormon Christs series. If you haven’t already read the first piece you may want to start with Part 1.

A few years before Mormon leaders first brought the Christus to Salt Lake City protestant artist Warner Sallman, in his famous painting Head of Christ, dealt with concerns similar to those expressed by Elder Orsen F. Whitney. The modernist-fundamentalist controversy severely disrupted the religious life of conservative protestants. The effeminate Jesus’ of the Victorian era, which Whitney had decried the previous century, also bothered evangelicals. While taking a course at Moody Institute Sallman was told by a teacher “I hope sometime you [will] give us your conception of Christ. Most of the pictures I have seen are too effeminate. I hope you’ll picture a virile, manly Christ!” This virile Christ, to some seems far less masculine than Sallman intended. However, the image struck a chord with many people and became the most reproduced image of Christ with an estimated 500 million reproductions. The image was compelling for Mormons who identified both with the manliness for which Sallman strove and with what they saw as a “universally appealing attitude of supplication.” Mormon’s over time developed the concept of “consecrated manliness” where the physical perfection was less central than the development of sensitivity, goodness, and virtue. Sallman’s Head of Christ was widely used in LDS circles and could be found displayed in homes, ward meeting houses, and libraries. 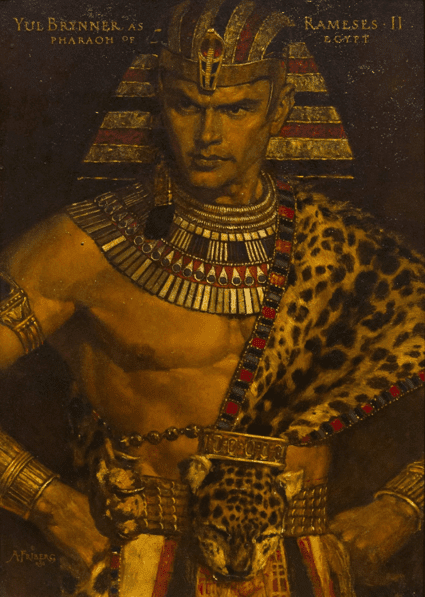 Mormon sculptor Avard Fairbanks argued that “it is going to take ‘Mormon’ artists to give the feeling and proper interpretation to ‘Mormon’ subjects.” The second half of the twentieth century saw an explosion of works by Mormon artists. One of the most influential for LDS conceptions of Christ was Arnold Friberg. In 1961, the editors of Improvement Era introduced the Gospel in Art series which provided members the opportunity to obtain framable reproductions of the work of Friberg. A cycle of paintings on the Book of Mormon which were published in the Friend eventually caught the eye of Cecil B. DeMille and Friburg was hired to be the chief artist for the film The Ten Commandments. After his work in Hollywood was done he returned to Utah. However, the open tunic of Jesus in Friberg’s The Risen Lord caused a rift with LDS leadership and he no longer painted images of Jesus for the church.

The church then reached out to Harry Anderson to take up the mantle of making illustrations for the church. From 1971-1985, 41 percent of images of Christ published in Ensign were by Harry Anderson.

His vision of Christ as a “compassionate ministering servant” shaped the modern LDS conception of Christ. His more emotive style fit more naturally with the LDS concept of consecrated manliness than did the harsher classicism of Friberg. In 1971, Ensign also revitalized the Gospel in Art program attempting to bring images of Christ into Mormon homes to help inspire and re-enforce their piety.  Anderson, however, was a devout Seventh Day Adventist. As such, while he was happy to make Biblical paintings for the church he was not willing to make paintings depicting scenes from the book of Mormon. For these images, he recommended his longtime friend Tom Lovell. 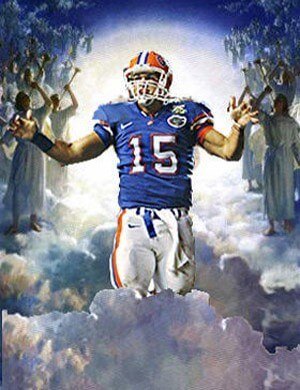 Anderson’s The Second Coming is one of the most iconic religious paintings in the late twentieth century. Not only is it ubiquitous in LDS circles but it is widely recognized among both Protestants and Catholics, for better or worse (Note the Tim Tebow as savior version) The image does, however, effectively express the churches theological convictions about what it means to be a man and show the affection of Jesus for the viewer. Christ’s arms are spread ready to embrace the viewer. His majesty is declared by the legion of wingless angels but he is not aloof on a throne. He walks down the hill of clouds to the viewer ready to embrace his brother or sister and welcome them home.